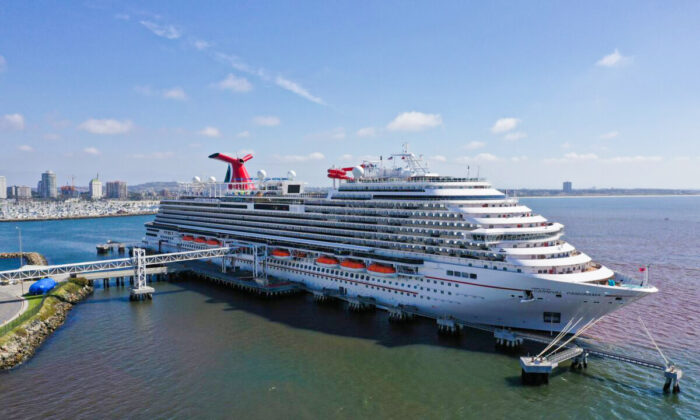 In a statement, the company wrote that its “emergency response team quickly activated and extinguished a fire inside the ship’s funnel. All guests and crew are safe, and all other ship, hotel, and guest services, along with safety equipment are fully functioning.”

“While the majority of Carnival Freedom’s guests went ashore in Grand Turk today,” the firm added, “Carnival’s technical team completed an initial assessment of the funnel and related features, and the shoreside team completed a plan to get our guests back to Port Canaveral.”

The ship will now head back to Freeport, Bahamas, for repairs, the statement said. The Carnival Freedom had departed Port Canaveral on Monday on a five-day cruise.

“The May 28 departure of Carnival Freedom from Port Canaveral has been canceled,” said the company. “Guests booked on the impacted sailings on Carnival Conquest and Carnival Freedom voyages have been notified of these changes. Carnival apologized to all those guests who are impacted and offered special thanks to the crew who handled the situation on the ship effectively and according to safety protocols.”

Among those on board the ship were Jenny Fleming and her mother, who were among the first to report there was a fire on board.

“Mom and I were sitting on the balcony, drinking coffee, as we were docking, and some amazing people on the (Carnival) Mardi Gras next to us start screaming at us that there’s a fire,” Fleming told Florida Today. “Mom runs inside and calls 911, and we were apparently the first to report it.”

Katie Bushnell of Louisiana said she was on another cruise ship that was docked near the Carnival Freedom and saw the incident.

“We woke up around 7:30 a.m., and I hear people screaming outside our room,” she said, according to Florida Today. “I go on our balcony, and people are saying ‘the ship is on fire!’ I look up and see black smoke billowing out from a ship, and I thought it was ours.”

She added that “people were screaming from our ship to the other ship. I start trying to get the right view of the other ship, and, sure enough, we see their ship on fire. It was raging and growing bigger and bigger. I was so scared because it was just beginning, and the staff was just being alerted. So we watched it and tried alerting others on their balcony on the other ship.”

In March, the Norwegian Escape cruise ship ran aground in the Dominican Republic, and its passengers were flown home.