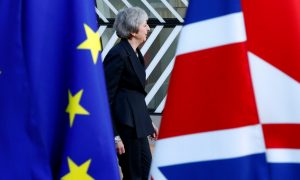 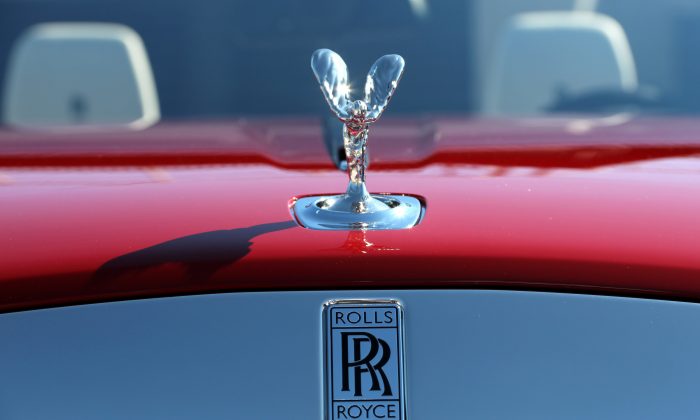 The "Spirit of Ecstasy" bonnet ornament is seen on a Rolls Royce car during the 26th Monaco Yacht show, Sept. 30, 2016. (Eric Gaillard/Reuters)
Companies

LONDON—Carmaker Rolls-Royce called on the British government to avoid a disorderly Brexit and said it was building up some stock, expanding warehouse capacity and training suppliers for customs changes in case Britain leaves the EU without a deal.

Britain, the world’s fifth largest economy, is due to leave the globe’s biggest trading bloc in under 80 days but a Brexit agreement looks set to be voted down by lawmakers next week, making a no-deal and potential trade barriers more likely.

The BMW-owned brand, which reported record 2018 sales, said that despite the steps it was taking to prepare for Brexit, it was impossible to predict what would happen if there is not a managed transition after March 29.

“We are highly dependent on a proper, working frictionless chain of goods and this whole company hinges on just-in-time deliveries,” Chief Executive Torsten Mueller-Oetvoes told reporters.

“We urge the government to avoid any hard Brexit,” he said.

Asked whether Rolls-Royce, which builds all of its roughly 4,000 cars per year at its Goodwood factory in England, would ever make some models overseas, Mueller-Oetvoes said:

“This is a no-go,” he said. “Rolls-Royce belongs to Britain, we are committed to Britain.”

Sales at the 115-year-old company, which employs just over 2,000 people, rose 22 percent to 4,107 cars last year, boosted by an over 40 percent rise in demand from China, which accounted for one in five purchases.

The numbers reflect similarly buoyant sentiment from Aston Martin, suggesting that luxury automakers might buck an apparent slowdown that has hit the likes of Apple and prompted China’s most successful car firm Geely to forecast flat sales this year.

“You see more and more self-drivers in the Chinese market, people being behind the wheel particularly over the weekends in the luxury sector … and that made (models) Wraith and Dawn quite successful in China last year,” he said.

“I can’t comment yet on how 2019 will pan out for us in China but so far we haven’t seen dents in our success over there.”

“This was really fuel for our business last year in the United States,” he added.