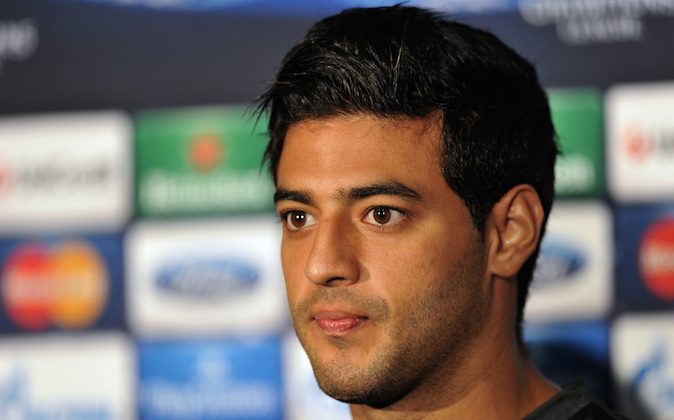 Carlos Vela World Cup 2014: Mexican Striker Not Going to Brazil, May Head Back to Arsenal

Mexican striker Carlos Vela is not in his national side’s World Cup team, and could return to his former English Premier League side Arsenal.

Vela has constantly rejected national team call-ups since 2011 owing to a scandal the previous year.

On September 7, 2010, Vela and other members of the Mexican team held a wild party at their hotel after an international friendly against Colombia, and during the party, he showed utterly no respect to then team manager Efrain Flores.

The Mexican Federation gave two players, Vela and Efrain Juarez, a six-month suspension, and fined other players. However, Vela was the only one who was publicly humiliated.

Vela served out his ban, and played in a couple of friendlies in 2011, but later rejected all international call-ups.

On his call-up rejections, Vela has said: “Fans in Mexico do not respect me and they just want to see the wrong side of the story, or say I am a traitor, but it’s not true. What matters are my beliefs and I think I did the right thing.”

While Vela will not show up for his country, it appears that he might be heading back to his former club Arsenal, according to the Mirror.

Vela was signed to the North London club in 2005 at the age of 16, but after a series of lackluster performances, he was sold to Real Sociedad.

Sociedad president Jokin Aperribay has said that “Arsenal have informed us that Vela will be with them next season.”

The striker will supposedly return to the Emirates Stadium for a fee of £3.5 million ($4.7 million).

If this transfer rumor is true, it would be very interesting because Vela has said that he was unhappy at Arsenal.

“I never adapted to life in London, to the Premier League. I was not happy and I started feeling that I did not deserve to be there. They (Premier League players) are much better than me. I felt I did not belong,” Vela said.