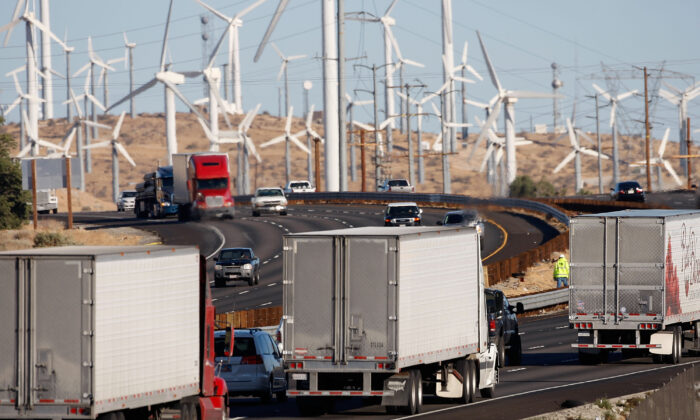 Caring for Our Environment: Too Important to Entrust to Environmenalists

Any rational human being understands that poisoning our environment is short-sighted, stupid, and potentially suicidal.

It may be difficult for some of us to imagine today, but for millennia, humans were ignorant and unthinking in their disposal of waste—both human and industrial. As wealth production exploded in the 19th and 20th centuries, so did pollution. Humans’ bad environmental habits—spewing and dumping pollutants into or onto air, water, and land—befouled our environment and brought us to the brink of environmental catastrophe.

Faced with an existential threat, there was an awakening. Millions of Americans realized that environmentally destructive habits had to be curbed. For generations, there had been visionary Americans who realized the importance of conserving natural resources and protecting our environment from ruination, but most conservationist efforts were concentrated in remote, largely unpopulated areas (think national parks, game preserves, and the like). However, by the 1960s, the pollution in heavily populated areas had become dangerous and impossible to ignore, so Americans demanded and procured sweeping reforms.

A multitude of laws and regulations were implemented. Some mandated the remediation of existing pollution; others, reductions in new pollution. Many of the improvements have been remarkable. There could have been even more progress, but then an unfortunate complication gummed up the process: the rise of environmentalism. This -ism—this political ideology and movement—often promotes practices and policies that are harmful both to human beings and our natural environment.

Many leading environmentalists have cynically co-opted the natural concern that Americans have for a healthy environment to advance a political agenda that has damaged both human and environmental welfare. As I learned in my own “environmentalist” days in the ’70s, a significant portion of donations to green groups has supported various political causes—e.g., pro-abortion, anti-U.S. defense, pro-unions—that have nothing to do with improving our environment. (Nothing against unions, unless they are forced on workers.)

Today, leading environmentalist ideologues exploit the climate change issue, not out of concern for our environment, but for their primary goal of imposing socialism. Socialism is environmentally problematical in two ways: (1) the most lethal environment for human beings is poverty, and socialism impoverishes human societies (see Venezuela); (2) socialism has a horrible environmental track record that has been known for decades, making environmentalists’ advocacy of socialism obscenely perverse.

Another defect of environmentalism is that many environmentalists shun economic rationality by disregarding costs. This, too, has been going on for decades. I can recall in the ’90s an environmentalist being asked the perfectly sensible question, “Can we afford to restore wetlands?” The reply: “We can’t afford not to.”

You may regard the response as clever or cute, but it was an evasive cop-out. Even in a country as wealthy as ours, we can’t afford to do everything that we might like to do, and so we have to economize—that is, to set priorities.

Here’s an economic truth that it makes no sense to ignore: We can’t prevent or remediate pollution for free; if we could, all pollution would have been eliminated by now, because nobody really likes pollution. But in the real world, combating pollution costs something—often a lot. The only rational, responsible approach, then, is to assess those costs and decide how much we can afford.

This collective decision-making process is complicated by the fact that those who are expected to bear the costs of anti-pollution measures (e.g., private companies and their customers) face different incentives than those (usually government bureaucrats) who oversee those measures and don’t have to bear the costs. Bureaucrats can afford to be absolutist in their approach. For them, since pollution is bad, the more we eliminate, the better. But if the costs are too high, they can shut down important industries.

Here’s a specific example from the late ’70s: The Environmental Protection Agency (EPA) commissioned consulting engineers to estimate the steel industry’s costs of complying with air-pollution regulations. The engineers estimated that removing 90 percent of the pollutants in producing carbon steel would cost $0.26 per kilogram; removing 97 percent would cost $4.98, and eliminating 99 percent would cost $32.20. The EPA—tasked with reducing pollution, but not having to pay for it—was inclined to impose the most stringent anti-pollution standard, and so they tried to keep the study secret. However, Pennsylvania’s two senators succeeded in making that information public.

A compromise was reached, setting a standard that led to a massive improvement in air quality without killing the crucial domestic steel industry. Check out this photo of the air in Pittsburgh during the 1960 World Series compared to this photo of the Steel City taken several decades later.

Another way in which some combination of economic ignorance and ideological zealotry has rendered environmentalism perverse and destructive, both to humans and our environment, is the ideology’s blatant hostility to affluence and the economic system that produces it, i.e., capitalism. Once again, this is perverse, because capitalist countries are both richer and less polluted than socialist countries. (This is depicted graphically by the Mises Institute.)

This phenomenon is largely explained by the Kuznets curve, which describes how societies, upon reaching a certain level of affluence, can afford to spend money on environmental cleanup and preservation, and, in fact, they do so. In other words, wealth is the cure for, not the cause of, unhealthy levels of pollution.

Perhaps most appalling and destructive of all the environmentalist errors is the branch of the green movement that’s overtly hostile to human life, characterizing human beings as vermin, viruses, a cancer, and so on. I call these anti-life environmentalists “green pagans” for their willingness to sacrifice millions of human lives to achieve their green goals.

What’s doubly perverse about these fanatics is that many of the environmental regulations and policies they favor come with heavy environmental costs—sort of a “with friends like these, our environment doesn’t need enemies” situation. A few examples:

Environmentalists also bear responsibility for the vast psychological harm unnecessarily and cruelly imposed on America’s schoolchildren. Yet their exaggerations about looming doom shouldn’t surprise us. They’ve been twisting the truth for decades. Just look at their misleading fundraising hysterics, howling that Earth is teetering on the precipice of doom because pollution allegedly is getting worse and worse, when, in the United States in particular, pollution has been lessening. (Greens would counter with the argument that atmospheric CO2 has been increasing, which it has, but the classification of that life-giving gas as a pollutant is a matter of political shenanigans, not sound science. Toxic pollution of air and water has decreased.)

We can all agree that the battle against pollution is necessary and must continue. While we should be grateful for progress already achieved and that pollution trends in the United States are moving in the right direction, the only responsible course is to maintain our commitment to a cleaner environment. This is a hugely important task—one far too important to trust to environmentalists.

As long as environmentalists cling to their anti-human, anti-economic ideology, they will impede caring for our environment in a helpful, rational way.