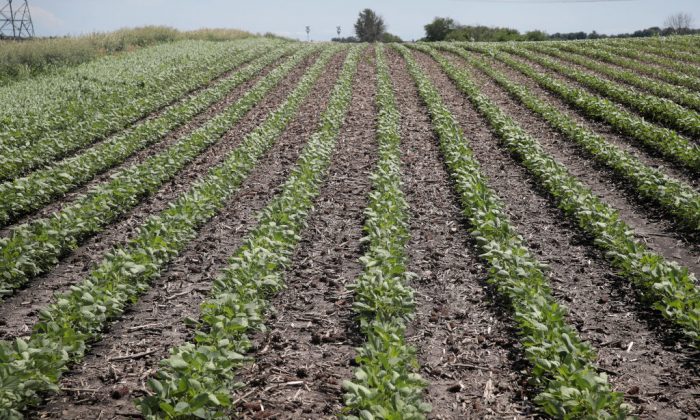 Part of the New Green Deal aims to replace all cars and airplanes with zero-greenhouse gas transportation like electric cars and high-speed rail. It implies that carbon dioxide is doing us more overall harm than good. However, research shows that CO2 is more important than we realize.

In response to Rep. Alexandria Ocasio-Cortez’s New Green Deal, the CO2 Coalition, a think tank organization, says CO2 is actually helping us feed the growing population. It is described as a miracle molecule that is the key to saving the world.

According to the House Resolution bill, “The United States has historically been responsible for a disproportionate amount of greenhouse gas emissions.” It also states that “a changing climate is causing sea levels to rise and an increase in wildfires, severe storms, droughts, and other extreme weather events that threaten human life, healthy communities, and critical infrastructure.”

Our own Dr. Caleb Rossiter was on @FoxNews this morning discussing the climate bait and switch and addressing the #GreenNewDeal. https://t.co/0zWM088HOs

However, a report from the CO2 Coalition (pdf) found no solid evidence of cause and effect between CO2 concentration and temperatures. In fact, a chart tracking the past 600 million years reveals that both variables are at historic lows.

“The new green deal is what I would propose, if I believed as its sponsors do, that the planet was going to die in twelve years,” said Dr. Rossiter, Executive Director of the CO2 Coalition, in an interview with The Epoch Times.

However, “the data provided by the United Nations upon which all these reports are based about storms and droughts and the rate of sea level rise and hurricanes and tornadoes, all show that over the last 120 years, there has not been a significantly, statistically significant increase in any of these the climate variables.”

In 1989, a report stated that a senior United Nations environmental official said that rising sea levels would cause entire nations to disappear in ten years if the government did not do anything to fix it in the given time frame.

“Nothing happened,” said Dr. Rossiter. “This is a prediction thirty years ago that’s exactly like the predictions that the green new deal people are making today.”

Evidence of causation, not correlation, is the key to linking two variables.

“We do see a slight causation between CO2 and temperature, that’s true. The issue is, what happened when the temperature went up? Has it damaged the planet? Has it destroyed crops as was predicted 19, 30 years ago? No. In fact it’s made the crops much more productive from the carbon dioxide,” said Dr. Rossiter.

“Carbon dioxide is the real green deal,” he said. “We’ve already seen the photographs of the planet by NASA, that the planet is greening, between 15 and 30 percent over the last hundred years, becoming much more productive.”

According to Dr. Rossiter, higher levels of CO2 concentration are important to global food security, as evidenced in the boost to crop productivity over the last hundred years.

As the human population increases, the food industry is challenged with keeping up with the demand for more fruit, vegetables, and meat. The same report by CO2 Coalition found that it is possible to produce more with the same amount of land, nutrients, and water by just adding more CO2 into an environment.

In one laboratory test, pigeon pea plant growth increased by about 29 percent in an environment with a higher CO2 concentration. One plant was grown in an environment with CO2 concentration levels of 390 ppm (parts per million) and another was grown in 550 ppm. Both were tested from seed to maturity and were well-watered and fertilized. After two growing seasons, the pigeon pea grown in the enriched environment was bigger overall, with thicker stems and denser roots. For farmers and consumers, this would mean more produce for less or the same area of land.

“The world is trying to double its food production by the year 2100,” said Dr. Rossiter. “And to do that, to double the food production because of higher incomes people want more animal food, and the animals of course require a lot of crop land, we will need to have a dramatic increase in crop productivity because we don’t want to make it that we have to plant more land. We need to save a lot of land for nature, so carbon dioxide allows you to get better productivity out of the land we already have.”

A report revealed a crisis in Britain when a CO2 shortage hurt the production of beer, crumpets, and bacon.

“A continuation of the current upward trend in the atmosphere’s CO2 concentration is essential for securing future food security,” according to the CO2 Coalition report. “Any efforts to slow it because of the risks of predicted climate changes must also consider the risks of limiting its benefits to agricultural, nature and humanity.”

The CO2 Coalition is not the only group who has been observing the situation, others are realizing it as well. Besides the New Green Deal, previous political actions designed to combat climate change were looked down upon because they would mean higher taxes.

“Eighty percent of all energy consumed by Americans comes from conventional sources, such as coal, oil, and natural gas. About 80 percent of the world’s energy needs are met by these natural resources, which emit carbon dioxide when combusted,” according to a commentary by The Heritage Foundation. “Levying a price on carbon dioxide will directly raise the cost of electricity, gasoline, diesel fuel, and home-heating oil.”

“The combination of fearmongering and offering solutions that would require a takeover of the global economy are unrealistic and counterproductive,” the commentary concluded.