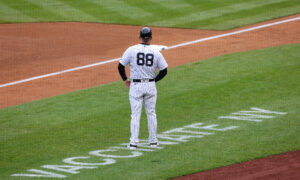 A car drove through a crowd of pedestrians at Boston’s Logan Airport, Massachusetts, Police said.

The incident took place after 2 p.m. local time. At least 10 people were hospitalized with injuries of “varying intensity,” according to a Twitter update from the Massachusetts State Police.

The Boston Globe reported that it might be accidental, caused by a driver error.

The car—a Boston city taxi—struck an area where other cab drivers were waiting.

An East Boston cab driver, 57, lost control of the vehicle. He is cooperating with investigators, CBS News reported.

Officials told CBS there is no link to terrorism.