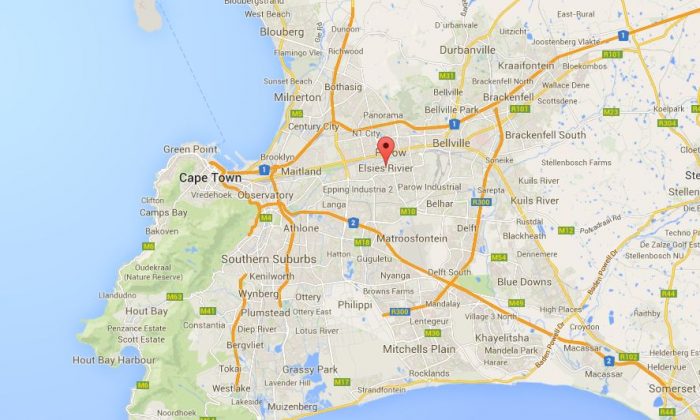 Cape Town: Kids Shot on Their Way to School in Elsies River

Two Cape Town boys were shot on their way to school on Friday after a gunman opened fire.

One of the victims was a seven-year-old boy, who was wounded, and a 17-year-old, who was also injured in the incident.

The Elsies River suburb has been described as area with a heavy amount of violent crime–among the worst in South Africa, the Daily Mail reported.

A 27-year-old man was arrested in connection with the incident, according to the Mail & Guardian.

“The boy was on his way to school when shots were fired,” police spokesperson Andrew Traut told the paper.

Police said they recorded more murders in Cape Town, which is considered a popular tourist area, than in Pretoria or Johannesburg, an earlier report from the Mail & Guardian said.

“Over 50 people have been wounded or killed in gunfire over the past couple of weeks,” Western Cape Premier Helen Zille said.. “Principals at Manenberg schools say that absenteeism has increased dramatically due to ongoing gang violence … teachers at Sonderend primary school have reported that only about 200 of 900 learners attended school last week.”

According to MSN, the provincial government has stressed that the army needs to be sent in to take care of the crime in the area.

On Thursday, it was also reported that social media users live-tweeted the apparent suicide attempt by a Cape Town man. The man was on top of the Civic Centre building and was threatening to jump to his death.