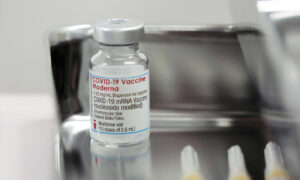 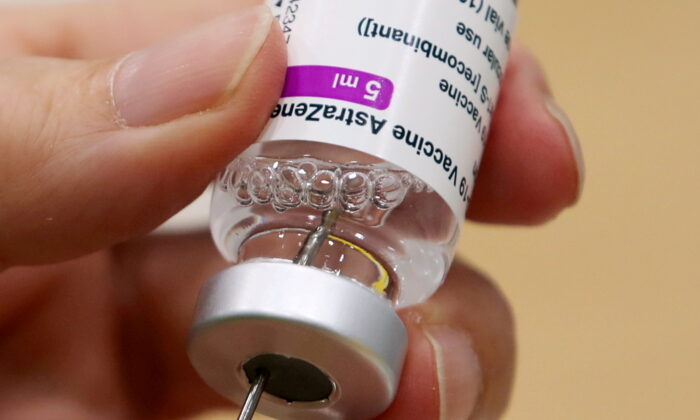 A medical worker prepares a dose of Oxford/AstraZeneca's COVID-19 vaccine at a vaccination center in Antwerp, Belgium, on March 18, 2021. (Yves Herman/Reuters)
Australia

Australians who suffer a serious side effect from a coronavirus jab will have “front door” access to compensation, the federal government has announced.

The Royal Australian College of General Practitioners (RACGP) and Australian Retail Association, among others, welcomed the provisions.

Federal Health Minister Greg Hunt says the no fault scheme will provide “a simple and quick administrative process for compensation” and will be backdated to February 2021.

“Side effects, or adverse events, from COVID-19 vaccinations can occur but most are mild and last no longer than a couple of days,” he said on Saturday.

“Serious and life-threatening side effects are very rare but it is important that we provide a safety net to support those affected.”

Hunt said the tax-payer funded scheme would be administered by Services Australia, with Australians who suffer injury and loss of income due to a COVID-19 shot able to register their intent to claim from Sept. 6.

It will cover the costs of injuries above A$5,000 due to a proven adverse reaction.

“The TGA will provide guidance on recognised adverse reactions as part of their established surveillance program,” states a press release from Hunt’s office.

“Claims will be assessed by independent experts, and compensation paid based on the recommendations,” it added.

RACG President Karen Price said the scheme was primarily to provide an alternative for patients to complicated legal processes in order to seek compensation in the event of very rare side effects.

However, GPs were “the backbone of the vaccine rollout, delivering well over half of all vaccinations across Australia,” Dr. Price said.

“It also provides peace of mind and protection for GPs working hard on the frontline of the vaccine rollout.”

Meanwhile, children aged 12 to 15 have been given the green light by Australia’s regulators to be COVID-19 vaccinated, with the national rollout ticking over the milestone of having one-third of adults fully jabbed.

The ACT leads the way with 41 percent of the national capital’s over-16s fully vaccinated, with Western Australia trailing the pack on 30.4 percent as of Saturday.

Meanwhile, vaccine bookings for children aged 12 to 15 will open from Sept. 13, following approval by the national expert immunisation panel.

The GP network will be the mainstay of the child vaccination program, something Prime Minister Scott Morrison says will provide the opportunity for family vaccinations.

States and territories will be left to decide on whether to run school-based programs.

Chief Medical Officer Paul Kelly says “the disease in children is much less severe than it is in adults” although more children are being infected in this year’s outbreaks.

Education Minister Alan Tudge said having all secondary children included in the rollout will disrupt transmission in schools.

Morrison and state and territory leaders on Friday received updated modelling from the Doherty Institute which underpins a national agreement to reopen gradually when vaccine coverage reaches 70 and 80 per cent.

The institute argues it would be safe to open at the vaccine targets even if there are high case numbers in the hundreds.

But top-quality use of testing, tracing, isolating, and quarantine needs to be maintained and small-scale lockdowns not ruled out even at the higher threshold.

By John Kidman. The Epoch Times contributed to this report.