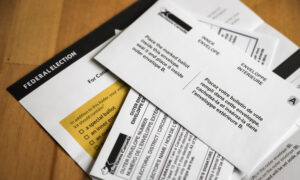 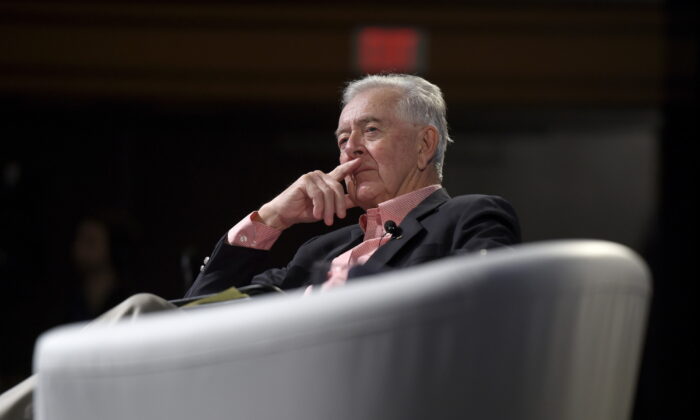 Preston Manning, founder of the Manning Centre, listens during the Manning Networking Conference in Ottawa on March 22, 2019. (The Canadian Press/Justin Tang)
Canada

Canadians Should Vote for Party With ‘Most Balanced Approach’ to Public Issues: Preston Manning

In this election, Canadians should take a moment to ask themselves which federal leader, party, and candidate is offering the most balanced approach to public issues, Preston Manning says.

In a recent op-ed in C2C Journal, the founder of the Reform Party said Canadians generally opt for balanced over extreme measures in resolving public issues. He said this raises the question of “whether there might be a more balanced approach” than that offered by the Trudeau government for managing issues such as the post-COVID-19 economic recovery, environmental protection, and health-care reform.

On the issue of balance between the economy and environment, for example, Manning said environmental assessments of major development projects are needed, but economic impact assessments should also be done simultaneously to gauge the negative economic effects of measures such as introducing carbon pricing schemes or joining the Paris Accord.

“We are in grave danger of simply oscillating between two extremes—from the historical situation in which economic development proceeded with scarce regard for its environmental impacts, to the current situation where the single-minded focus on environmental protection often proceeds with scarce regard for economic consequences and the damage this can do to Canadians,” he wrote.

On the COVID-19 response, Manning said the federal and provincial governments have charged ahead with designing and implementing health protection measures, while failing to deliver assessments aimed at understanding the impacts of those measures on the economy, on protecting Charter-guaranteed freedoms, and on providing health care for people waiting to be treated for non-COVID-19-related illnesses.

The result of this approach has been the introduction of public health protection measures that dismantled hundreds of thousands of jobs and businesses, violated numerous Charter rights and freedoms, and added more Canadians to “the ever-lengthening health-care waiting lines and a spike in the numbers of those who have died waiting for treatments.”

Manning also suggests the federal government avoid giving special recognition or attention to any particular region of the country, as it creates an imbalance and strains federal-provincial relations.

“When the distinctive concerns and aspirations of only one province—such as Quebec—are given official recognition and special attention by the federal government, this imbalance is not only resented by the people of the other provinces, it can do material harm to those other regions, and it puts major strains on federal-provincial relations,” he wrote.

“When the distinctive concerns and aspirations of the several western provinces are consistently and systematically ignored by the federal government and the rest of Canada, this imbalance also threatens the unity of the federation itself.”

Manning noted that Canadian politics is “increasingly being fractured along half-a-dozen fault lines defined and accentuated by so-called identity politics,” which makes it more difficult to achieve the national consensus needed to carry out major policy positions introduced by the federal leaders and their parties.

He explains that state-supported identity politics can be recognized when “a group of voters whose political support a political party wishes to court is identified by some fundamental personal characteristic” such as ethnicity, gender, age, or sexual orientation.

The political party, often the one in power, would promise certain rights or benefits to members of the identity groups in return for their political support, and withdraw the promise should the members turn to support another party.

“In critiquing Identity Politics it is of course essential to recognize that there are various Canadians who by virtue of some characteristic are or have been marginalized, victimized, and prejudicially treated by the majority of Canadians with the concurrence of the state,” Manning wrote, among them women and children, indigenous people, and immigrants, and more recently, people of faith.

“Justice and compassion demand that such wrongs be recognized and rectified,” he wrote. “The challenge, however, is to do so by ways and means that foster acceptance of members of such groups at the most fundamental level: as human beings deserving of respect and fair treatment regardless of their distinguishing personal characteristics rather than because of them.”

Manning said the danger of the “state-supported identity politics” now practised by the Liberal government is that “it divides the population and electorate into an increasing number of minority groups distinguished mainly by their differences rather than their commonalities,” which will only make “the reconciliation of conflicting interests and the achievement of a national consensus on anything increasingly difficult to attain.”

To achieve national consensus on key issues, Manning believes Canada must replace identity politics with what he calls “Unity Politics,” which focuses on the values or aspirations that the vast majority of Canadians share—such as the desire for acceptance, freedom, safety, and opportunity—and by advocating policies that strengthen the bonds that unite Canadians.