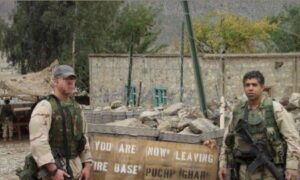 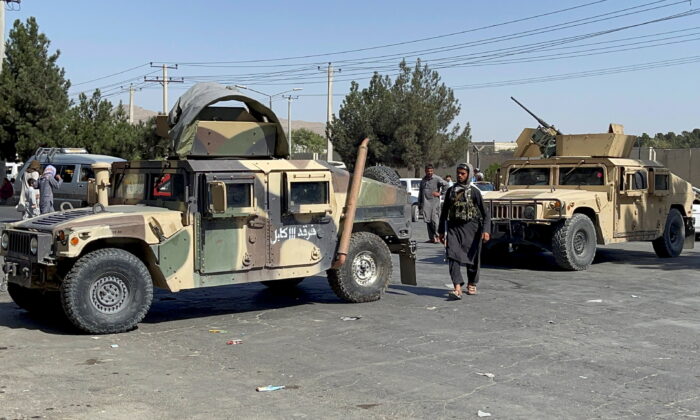 Taliban forces block the roads around the airport in Kabul, Afghanistan, on Aug. 27, 2021. (Stringer/Reuters)
Viewpoints

Canadians Are Appalled by the Afghan Crisis, and Party Leaders Better Take Note

In times of crisis, a political party can actually shine if it demonstrates strong, confident leadership. The Liberals had better demonstrate some of that sort of leadership in the Afghanistan situation because they are quickly losing control of the election narrative.

Canadians pride themselves on being empathetic peacekeepers on the world stage. We have sent our military members into many foreign nations with the best of intentions. We put our soldiers at risk with the hope that we can establish order in war-torn zones long enough for peace to be established. We hope to leave these zones better than we found them.

Canadian forces were engaged in combat roles in Afghanistan from 2001 to 2011, and then shifted their focus to training local forces until 2014. In the period of Canada’s military engagement in the country, 158 Canadian soldiers lost their lives while thousands of others were wounded.

Today we are watching in horror as it appears that all of our efforts were for naught. The Taliban took over Afghanistan within a week of the withdrawal of coalition forces and the attempted evacuation of Kabul has been a catastrophe. Afghanistan looks no better today than it did in 2001, and we now have the fate of Afghan supporters of Canadian forces who have been left behind on our conscience.

To be fair, every NATO ally was caught flat-footed when the Taliban swept Afghanistan so quickly. Whether it was a case of overconfidence or naivete that led to this rout will be discussed for years. No nation with forces in Afghanistan seemed to see this coming, although the withdrawal had been planned for months. Justin Trudeau doesn’t directly control military actions, but he is the man in charge of our nation at this time. Canadians could very well take out their ire over the crisis in Afghanistan at the polls and the Liberals could pay a heavy price for it, whether that’s fair or not.

While nobody foresaw such a quick collapse of order in Afghanistan, some did see trouble coming and tried to sound a warning. Conservative Leader Erin O’Toole sent a letter to Trudeau on June 22 pleading for him to expedite the evacuation of Afghan interpreters and allies as threats from the Taliban mounted. While it certainly wasn’t intentional, the Conservative Party under O’Toole is well placed to electorally benefit from the Afghan crisis. As a veteran of the Canadian Forces, O’Toole can speak with experience and authority on these matters.

The Liberal campaign team and candidates appear to be floundering on the Afghan issue. Minister for Women and Gender Equality Maryam Monsef mortified Canadians when she referred to Taliban members as “our brothers” when making a plea for Taliban restraint. While diplomatic restraint in a volatile situation is understandable, nobody in Canada wants to consider brotherhood with an organization as violent and extreme as the Taliban. When asked if she wanted to walk the comment back, Monsef refused.

Trudeau is faring no better in fielding questions on the Afghanistan crisis. When asked at a recent press conference about the fate of Canadians stranded in Kabul, he pivoted to a critique of Stephen Harper and his government’s actions in Syria in 2015. Firing shots at a past prime minister is unlikely to be an effective diversionary tactic on a situation that is unfolding right now.

Nobody expected the Afghanistan crisis to be an election issue, and surely nobody wanted it to be one. Nevertheless, Afghanistan is now front and centre in the campaign. How leaders and candidates respond and act in the face of this crisis is going to directly impact their electoral chances.