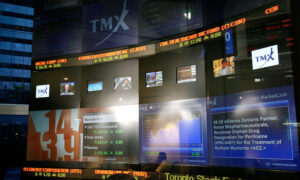 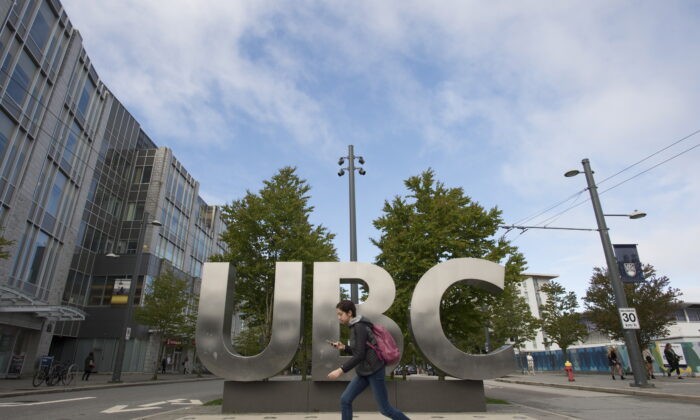 The UBC sign displayed at the University of British Columbia in Vancouver in a file photo. The university’s endowment along with many other large funds in Canada may be vulnerable to risks of investing in Chinese companies that face sanctions from the United States. (The Canadian Press/Jonathan Hayward)
Canada

The U.S. government sent a plea to universities to pull their endowment investments out of companies implicated in human rights abuses or that could threaten U.S. national security. But such a weighty whole-of-federal-government approach to overseeing educational institutions doesn’t quite exist in Canada to tackle this issue.

“I urge you to divest from companies that are on the [U.S.] Entity List or that contribute to human rights violations,” wrote Keith Krach, Under Secretary for Economic Growth, Energy, and the Environment at the U.S. Department of State, in an Aug. 18 letter addressed to the governing boards of American universities.

Companies on the entity list—such as Chinese telecommunications giant Huawei—are prohibited from buying certain U.S.-made products, as these companies are deemed to pose a major risk to national security or foreign policy interests.

University endowment investments are an avenue through which the Chinese Communist Party (CCP) is garnering capital from institutions in other countries, including the United States and Canada.

The culprit for money flowing into blacklisted companies is emerging markets (EM) index funds, which form part of the portfolios of many endowments. For example, Chinese companies made up 41 percent of the benchmark Morgan Stanley EM index on July 31.

At the federal level, Canada has no exact equivalent to the U.S. State Department that would issue a directive like Krach’s. However, the Canadian Security Intelligence Service brings to the government’s attention any national security threats and will also interface directly with universities in particular situations like Beijing’s recruitment of academics, as recently reported by The Globe and Mail.

Chinese companies are notorious for their lack of transparency in accounting audits and for not being subject to oversight and regulatory requirements as are firms in other countries.

Another risk of investing in those companies is that those currently trading in the United States could get delisted from U.S. stock exchanges if they fail to meet stricter U.S. auditing requirements by Jan. 1, 2022.

“The boards of U.S. university endowments would be prudent to divest from PRC [People’s Republic of China] firms’ stocks in the likely outcome that enhanced listing standards lead to a wholesale delisting of PRC firms from U.S. exchanges by the end of next year,” Krach wrote.

“Holding these stocks also runs the high risks associated with PRC companies having to restate financials.”

The letter also warned universities of the “growing threat of authoritarian influence” by the CCP on U.S. campuses. In addition, it noted the U.S. government’s “accelerating investigations” into illicit PRC funding of research, intellectual property theft, and talent recruitment on those campuses.

Canadian institutions on average invested almost 7 percent of their endowment assets in EM, according to a study by the National Association of College and University Business Officers (NACUBO) based on data from the 2018–19 fiscal year. The survey covered 15 participating institutions representing about $12.5 billion in total endowment assets as of June 30, 2019. This amount is roughly in the ballpark of the combined size of Canada’s 10 largest university endowment funds.

The University of Toronto has a 7.0 percent allocation in Morgan Stanley’s EM Index. UBC has a long-term goal of 10 percent allocated to EM—as of March 31, it had 8.5 percent invested in EM.

BlackRock’s iShares provides one of many exchange-traded funds (ETF) that mimic the Morgan Stanley EM index. Its prospectus contains extensive disclosures of risks associated with investing in Chinese companies, including the fact that some may be on the U.S. entity list.

By buying shares of the iShares EM ETF, one would be investing in Hangzhou Hikvision and Zhejiang Dahua—two video surveillance equipment companies that Conservative MP Tom Kmiec criticized the Canada Pension Plan Investment Board for investing in. Both companies are on the U.S. entity list.

Most endowments are managed by external professional fund managers. Universities can also have separate entities that coordinate the outsourcing of the investing.

UBC’s Investment Management Trust Inc. (IMANT) is such an entity responsible for investing the endowment and other funds.

“We allocate capital to investment managers who are responsible for monitoring and evaluating companies’ risk return profiles based on all publicly available information and making security selection decisions” Matthew Ramsey, director of University Affairs for UBC Media Relations, told The Epoch Times.

Federal foreign interference laws are sorely needed in Canada and could be applicable to the investment of endowments, Leuprecht says, adding that federal research funding could be contingent on universities meeting certain requirements .

“We can try to encourage universities to be more systematic about how and where they direct investments, but we can’t just put the onus on them,” Leuprecht told The Epoch Times. “We also need to step up with appropriate legislation as well as investigative capacity and political will to start to root out this type of behaviour.”

Krach, who is a former chairman of the board of a major university, also wrote that universities should “strongly consider publicly disclosing to your campus communities immediately all PRC companies that your endowment funds are invested in, especially the PRC companies in emerging markets index funds.”

UBC’s IMANT aims to have all its stock holdings published on its website by the end of 2020.

Universities have shown that they will alter their investment strategies due to public pressure in the absence of government suasion.

As Canadian universities came under fire from students and the general public to reduce their carbon footprints, a growing number began withdrawing endowment investments in fossil fuels. The University of Toronto’s asset management body, for example, has committed to reducing its carbon footprint in its pension and endowment portfolios by at least 40 percent by 2030 from 2017 levels.

Thus it could have a meaningful impact if a similar movement developed to divest endowment investments from companies involved in enabling human rights violations or that potentially pose national security threats.