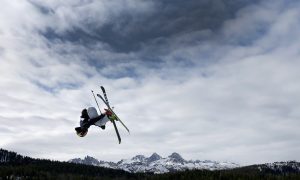 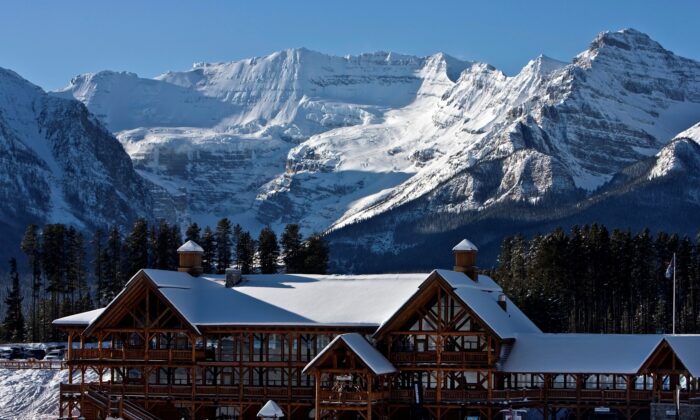 A morning view of the Whiskey Jack Lodge at the foot of the ski hills in Lake Louise, Alberta situated in Banff National Park in the Canadian Rockie Mountains in a file photo. (Reuters/Andy Clark)
Canada

TORONTO—As Canada’s world-class ski resorts brace for a winter without international tourists due to closed borders, many are betting that locals eager to get onto the slopes will help make up for the lost revenues for the resorts.

Canada closed its borders since March to all but immediate and extended family members of Canadian citizens and permanent residents to limit the spread of COVID-19.

That poses a problem for both the ski resorts and their towns, mainly concentrated in the west coast province of British Columbia, who rely on international tourists buying ski lessons, renting gear, and spending locally, to buoy their economies.

“We are desperately trying to make that up with domestic booking,” said Michael Ballingall, senior vice president of Big White Ski Resort, located around 450 km east of Vancouver. The resort plans to roll out flight deals and discounts on long-term stays to attract Canadians.

Ballingall said the resort had lost $4 million in bookings as of Sept. 1.

Whistler Blackcomb, the site of the 2010 Winter Olympics and consistently ranked as the top ski resort in the world by trade publications, is optimistic about locals filling in the gap left by international skiers, said Marc Riddell, West Coast director of communications for the resort’s owner, Vail Resorts Inc.

The company, which also owns Vail and Breckenridge resorts in Colorado, and Park City in Utah, reported in its most recent quarterly earnings that it had sold 18 percent more passes as of September than in the season prior, in part driven by more people renewing their passes.

However, the dollar value of those sales decreased by 4 percent year-over-year, because of credits from lost passes in the previous year due to the pandemic shuttering resorts early. Vail does not track the number of passes sold by each specific resort.

In Whistler, Riddell said, the resort is “optimistic it’ll be a good season, but we are aware of what’s going on around the world. We understand the border closure will have an impact on our traditional customer base.”

Tourism Whistler declined to say how much accommodation bookings dropped this year, but said that in a normal year 60 percent of Whistler’s visitors were international. The overwhelming majority of those people are unlikely to be able to enter Canada this season.

The town’s mayor, Jack Crompton, thinks this means it will be an unusually good year for locals because the mountain will be missing so many skiers.

“One of the big advantages of Whistler is that when you’re here you’re very close to no one,” he said.

Another boost to Whistler’s tourism is expected to come from Canadians relocating on a longer-term basis to take advantage of remote-work policies, to the point where the local tourism board has created a landing page on the topic, Crompton said.

For Sophie Galloway, 22, online classes and a lighter course load at her university in Vancouver mean that it’s been worth it to buy a season’s pass at Whistler, hoping for shorter lift lineups and emptier slopes.

She has been social distancing since March and is “looking forward to have skiing as that one thing” to do during the pandemic, she said.

“I would like to think [Whistler is] taking good precautions,” she said, adding that she feels safe skiing because “unless you have an accident, you don’t have contact with a lot of people.”