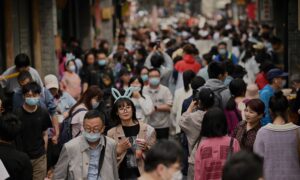 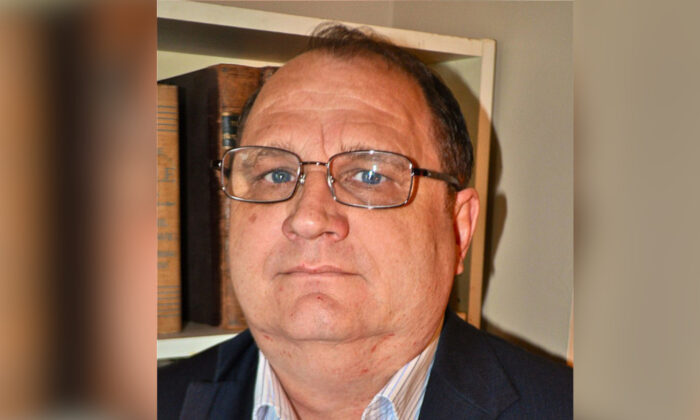 TORONTO—Long-time Parliament Hill reporter and author Mark Bourrie threw away a steady job reporting for Xinhua News Agency when it became painfully clear he was being used as a spy.

Now he is giving an inside look into the murky world of Chinese-state journalism with an article published Aug. 23 in Ottawa Magazine detailing his time with the Chinese regime’s leading state-controlled news agency.

“I knew when I worked for Xinhua that there would be that time when they would really try to compromise me. It became fairly obvious as the months went by,” he told The Epoch Times.

Bourrie took the job only after contacting CSIS (Canadian Security Intelligence Service) to find out if he should be worried about being used as a spy. CSIS never got back to him.

While Bourrie spent most of his time doing straight reporting, a few assignments were clearly intelligence work, done for the sole purpose of keeping the Chinese Communist Party’s (CCP) intelligence agency abreast of what the regime’s critics in Canada were up to.

As these questionable assignments added up, Bourrie felt the weight of compromising his journalistic integrity.

“There are times in life when you have to draw a line and say, ‘This is wrong.’ And to do it—to actually know that I could do it and not make excuses for continuing it—was cathartic,” he said.

“It feels good to get away from them, to know I will never do business with these people again.”

He came to the job with noteworthy credentials. Bourrie is the author of several books, including a best seller, The Fog of War, published during his time with Xinhua. His work has been published in several of Canada’s most respected publications, has won several awards. Bourrie has also lectured at Carleton University.

The Chinese Embassy certainly saw him as a snag. Bourrie is a long-time member of the Parliament Hill Press Gallery, with a seat in the “Hotroom” located inside Parliament for journalists. Through him, Xinhua gained a physical presence inside Canada’s seat of power and the agency held a grand ribbon cutting to mark the occasion. Reporters chuckled when recalling the peculiar event held at the row of cubicles that included Bourrie’s desk.

He worked for Xinhua for around two years. Bourrie quit after he was asked to prepare a transcript of a press conference the Dalai Lama held with reporters in Ottawa last April. He was also asked to find out what the spiritual leader discussed in a private meeting with Prime Minister Stephen Harper.

After watching past reports on Chinese dissident activities on Parliament Hill disappear into the ether after he filed them, Bourrie knew it was likely to happen again. He asked his Xinhua bureau chief Dacheng Zhang what would be done with his work; he was told it was being sent to Beijing and wasn’t for publication.

That was the line for Bourrie. He gave his resignation and warned the Parliament Hill Press Gallery that Xinhua was engaged in espionage, using the special access granted to Parliament Hill accredited reporters—which includes off-the-record briefings—to collect info for the Chinese regime.

Bourrie is particularly concerned about how intelligence gathered on Chinese dissidents like Tibetan activists and Falun Gong adherents is being used.

“When they go to something like a two-day conference on Tibet and film everything and transcribe everything, that is not going to a special publication—that is going to Chinese intelligence,” he said.

Zhang, who is currently accompanying Harper on a trip to the Arctic, has denied Bourrie’s account. No one from Xinhua’s Ottawa office responded to calls from The Epoch Times.

On Parliament Hill, it’s become the norm to see Xinhua dispatch all of its freelancers and staff, namely a photographer, reporter, and videographer, to events like Tibetan protests or Parliamentary luncheons about dangers posed by the Chinese regime.

Bourrie refused requests from Xinhua to collect the names of all present at Falun Gong press conferences, but Lucy Zhou, a spokesperson for the group in Ottawa, said it isn’t unusual for other Xinhua staff, including Zhang, to collect names and take an unusual number of close-up pictures at protests.

“It is very threatening to the practitioners who are protesting,” she said.

“When practitioners go back to China they can be arrested right away because of this information that they collected. Sure we can say the freelance photographer was just doing their job, but because Xinhua was behind it, it was beyond the normal work journalists do,” she said.

Bourrie said he learned that when covering dissident events, he should focus on the local spokespeople who were already well-known to the regime and not risk the safety of others by including them in his reports.

Over time, he took delight in filing reports comprised largely of criticisms directed against the regime, devoid of the type of intelligence the regime was hoping to collect.

“It was covered, but they would get nothing out of it,” he said.

That never eased his conscience however, and his discomfort continued until the day he quit.

Bourrie said in some ways he is just as guilty as others who compromise their principles because of money or access that the regime grants. That access is critical to reporters for Canadian news agencies and academics whose work is based in China.

“I guess we are just going to keep doing this forever, until someone has an experience like me where you just can’t do it anymore,” he said.

With Chinese state news agencies expanding their presence around the world in an effort to increase the regime’s soft power, Bourrie knows he won’t be the last to raise concerns about Xinhua.

But anyone dealing with a Chinese news agency or government-owned company needs to be wary, he said.

“In the course of day-to-day things, that probably won’t matter much. But when China’s interests come up in any important way, the mask comes off and you see the repression,” he said.

He warned that the Canadian government should also be fully aware what it means to share the oil sands with Chinese state-owned companies like CNOOC, which has made a bid to take over Nexen.

“All credible threats are investigated by the appropriate authorities,” she said.

Xinhua’s espionage activities have been documented since the agency’s inception.

Chinese defector Chen Yonglin, who held a senior diplomatic post for the regime in Australia, told The Epoch Times last year that Xinhua reporters are still tasked with espionage duties.

“They play the role of a spy because Xinhua is actually an outreach organ of the CCP’s intelligence agencies. The nature of their work means they must use all means to infiltrate and obtain intelligence,” he said.

A 2005 report by Reporters Without Borders (RSF) used insight into Xinhua’s operations gained through former staff to detail its role controlling information in China.

RSF detailed Xinhua’s lead role controlling information in China, exercising authority over censorship and propaganda directly under the control of the Propaganda Department.

“Xinhua is de facto run by the Propaganda Department. The agency gets its editorial line from this organ of the CCP and sticks to it slavishly,” reads the report.

Xinhua also publishes some reports in English that are not translated, to give the impression it covers sensitive topics challenging for the regime. Reporters say such reports are an international public relations exercise.

As for Bourrie, he is using his extra time to edit his latest book, a collection of Canadian war correspondence called Fighting Words that will be out in a couple of weeks.

The loss of his $50,000 a year income from Xinhua is a “kick in the teeth” he said, but he’ll get by. His wife has work, and he still has his freelance gigs.

“That’s life I guess. Lots of people have it worse than me. It’s not like I’m totally down on my luck.”