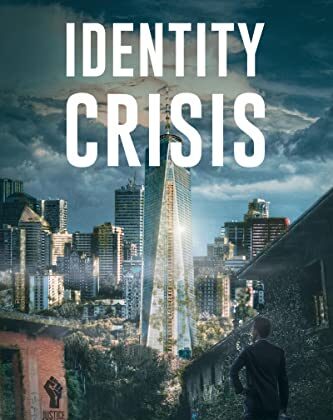 Novels can move hearts and change minds in ways that cannot always be achieved by exposure to academic analysis.

For conservatives in the Reagan and Harper eras, Bork’s book was a blockbuster, a blistering indictment of the consequences produced by radical progressivism and the cultural self-indulgence of the New Left.

But by the end of the 20th century even graduate students in the humanities were ill-equipped to understand sober academic analyses. Culturally illiterate progressive schooling had long since closed the minds of young people to classical references like “Gomorrah” or scholarly analyses of post-modern ideology.

The Power of a Personal Story

Popular novelists, on the other hand, can encourage a wider spectrum of readers to re-examine biases and question conventional wisdom.

In the early years of the present century, parents of various partisan stripes shared anxieties about sending a daughter away to university. Readers may recall that American novelist Tom Wolfe’s bestseller “I Am Charlotte Simmons” exposed shocking new sexual and status relationships that were developing in Ivy League universities.

Like Bork, Wolfe explored cultural phenomena with remarkable insight. He too raised serious questions about moral decline and the uncertain future of Western civilization. But Wolfe’s approach of reality-based personal stories was easy to grasp and enormously engaging. He raised our consciousness with captivating tales and life-like characters.

Early this year, a promising Canadian novelist also produced a book of compelling significance. Hailing from Toronto, at first glance T.K. Kanwar’s pedigree appears liberal. He earned a degree in sociology from the University of Toronto and a master’s in public administration from Ottawa’s Carleton University. He spent several years as a media analyst and has worked for the federal government.

But, out of the gate, Kanwar has produced a thoroughgoing impeachment of our progressive social order. His first novel, “Identity Crisis,” is a fierce indictment of the divisive, far-left, race-baiting wokerati who are tearing apart the social fabric of Western nations.

Years ago, political analysts like Mark Steyn warned about the inevitable consequences of combining nanny state redistribution policies with indiscriminate mass immigration from areas of the world that do not share Western democratic values.

Kanwar anchors “Identity Crisis” in 2025. In the author’s vision, decades of excessive multicultural policies and progressive “diversity” commitments have all but destroyed national solidarity within nations like Canada and the United States.

The personal stories of Kanwar’s characters play out in Toronto and New York City. Both principal protagonists are authentic individuals who readers will care about.

Sam Dhillon is a second-generation East-Indian Canadian who no longer recognizes and, in fact, misses the country he grew up in. In Dhillon’s Canada, new laws aim to eliminate the ideals of personal freedom and liberal meritocracy. A disruptive left-wing coalition is ushering in a new order based on state enforced principles of “diversity, equity, and inclusion.” Over time, Sam discovers there are others who share his anxiety.

In New York City, Jennifer Moore, a Midwestern girl who was entirely transformed into a social justice warrior by her years at New York University, works for an organization that claims to fight for “social justice.” She proudly serves the vision of a racially transfigured America and the end of “white privilege.” When tragedy strikes her own family during a violent Black Lives Matter riot, even Jennifer begins to question who she has become as a result of her years in the radical progressive movement.

Throughout the novel, sinister establishment forces are working behind the scenes to silence dissent and ensure the success of their proposed cultural “reset.”

A Prologue: 4 Steps to Subversion

Kanwar opens his book with a historic bit of correspondence. Initially, his “prologue” appears somewhat disconnected from the novel itself. It takes the form of a 1983 letter to the North American public from the late Yuri Bezmenov, a Cold War era KGB informant and Soviet journalist for RIA Novosti who defected to Canada in 1970.

Bezmenov’s message is chillingly clear and exceptionally relevant for our present generation. He explains how free countries can, over time, be overcome by totalitarianism from within without a shot being fired.

The former KGB operative explained that there are four steps involved in the ideological subversion of a nation: demoralization, destabilization, crisis, and normalization.

“Demoralization takes at least 15-20 years to perform properly” he wrote. This is the length of time it takes to indoctrinate a generation of students with subversive ideologies.

During the demoralization stage, “the moral fibre and integrity of a country in every facet will be put into question and systematically degraded. To do so, manipulation of the press and academia will be required to influence young people.”

Bezmenov goes on to assert that: “At every turn, the media and academia are to mock the prevailing religion and bring it into disrepute by any means necessary, including by advocating for the arrival of a large number of people into the society who have different, preferably conflicting, religious and cultural beliefs.”

“As for social life,” he wrote, “the goal is to undermine the sense of community and solidarity amongst a nation’s people by eroding opportunities for natural, human connections between individuals.”

Step two toward surrender, destabilization, takes between two and five years. This phase, Bezmenov said, “is characterized by a dramatic change in the overall function of the society, particularly in terms of the country’s economy, foreign relations, and defence systems. The intent is to create a massive and powerful government that controls everything and becomes intrusive in the lives of its citizens.”

“Crisis,” he wrote, “is a comparatively short third stage. It can unfold in a matter of six weeks once a nation has been sufficiently destabilized. It will be characterized by a major incident that creates panic in the citizenry; one for which the people will look to the government for control and stability.” The goal is to create a transfer of power from the people to the state, suspend entrenched civil liberties, and take steps to silence dissenters.

In the final “normalization” stage, citizens finally acquiesce and begin to accept the new order. Once this is underway, Bezmenov predicted that “any semblances of the old society will be long gone—as will any chance to restore it.”

Summoning the Courage to Resist

These days, authors with the courage of their convictions are rare. Issues like excessive immigration and national preservation are increasingly forbidden to enter the realm of civil discourse.

Epoch Times readers will grasp that for some 30 years since the end of the Thatcher-Reagan revival of liberty, democratic nations have limped through all four stages of subversion. Kanwar’s “Identity Crisis” strikes an uncomfortable chord of our anxiety and frustration.

From the left’s long march through our schools, to the co-opting of our media and cultural institutions, to the expansion of the welfare state, the development of woke identity politics, unprecedented levels of immigration, creeping economic and military impairment, and draconian pandemic measures, we have been watching the plot of Kanwar’s novel play out over the best years of our lives.

The most disturbing thing about Kanwar’s book is that it is not mere fantasy. The dystopian nightmare he portrays is literally happening all around us, and unless we can summon up the kind of resistant courage that is displayed by characters like Sam Dhillon in Toronto or Jennifer Moore in New York, we have little hope of waking from it.