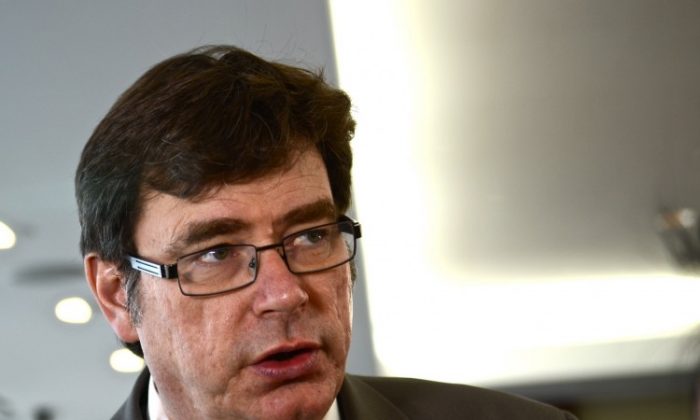 MP Brent Rathgeber said Canada should not lose sight of human rights in its trade relations with China during a forum held just off Parliament Hill on Wednesday. (Matthew Little/The Epoch Times)
China

PARLIAMENT HILL—A handful of MPs gathered near Parliament Hill on Wednesday to discuss the plight of Falun Gong on the 13th anniversary of the largest peaceful protest in China since the Tiananmen Square massacre.

On April 25th, 1999, some 10,000-20,000 Falun Gong practitioners gathered outside the Central Appeals Office beside the leadership compound in Beijing. Unlike the students, the protesters were greeted amicably by then Premier Zhu Ronji who promised to release adherents that had been arrested in Tianjin city.

Former leader Jiang Zemin, however, was outraged by the protest and quickly instituted a crackdown on the group, leading to the widespread torture, arbitrary arrest, and killing of adherents which has continued to this day.

Shawn Li, the president of the Falun Dafa Association of Canada, said many groups are persecuted in China, including Tibetan Buddhists and Uyghur Muslims, but none as harshly as Falun Gong adherents.

“Falun Gong is the largest group being persecuted and the most severely,” he said.

MP Brent Rathgeber described the current abuses, which include evidence of forced organ harvesting, as “disturbing.”

Propaganda controlled by Li Changchun, the fifth-highest member of the Chinese Communist Party, continues to vilify Falun Gong and justify their murder. Li visited Canada last week with no advance notice and his itinerary kept secret.

Grace Wollensak, a representative from the Falun Dafa Association of Canada, said Li had to sneak into Canada to avoid being served with lawsuits for the torture, murder, and demonization of Falun Gong adherents in China.

“He is afraid, and so he should be,” said Wollensak, noting Li has already been served in France and Ireland.

Such lawsuits led to the downfall of former minister of commerce Bo Xilai, according to diplomatic cables published by Wikileaks. Bo was recently purged from the Party, with his benefactor Zhou Yongkang expected to fall soon. Zhou controls the regime’s internal security apparatus.

With the Party facing a stability crisis due to the ongoing infighting, some commentators, including former MP David Kilgour who was present at the event, have said Canada should step up pressure for democratic reform in China.

Rathgeber, who heads the Parliamentary Friends of Falun Gong, said Canada should encourage the end of the persecution of Falun Gong.

Canada should remain engaged in trade relationships in China “but must never lose sight of human rights,” he said.

The plight of Falun Gong should not be lost in trade negotiations, he added.