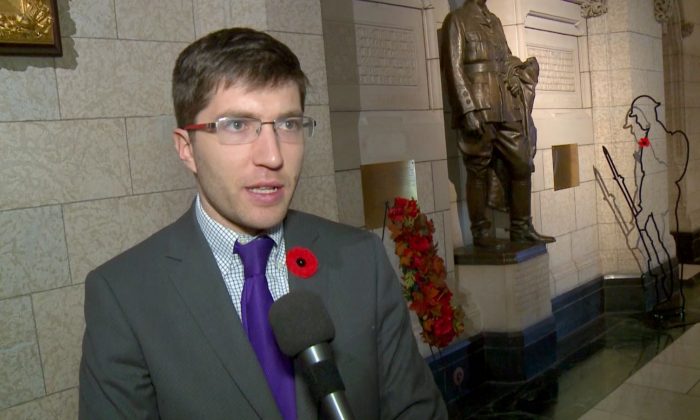 For over 10 years, different Canadian parliamentarians have been trying to bring in legislation to address the issue of international organ trafficking.

Conservative MP Garnett Genuis is hoping a bill that targets the issue, which recently passed unanimously in the Senate, will finally pass in the House of Commons.

“My colleague, the member for Etobicoke Centre [Liberal MP Borys Wrzesnewskyj], as well as the former Liberal MP and justice minister Irwin Cotler, both presented bills on this issue in the previous Parliament,” Genuis said on Oct. 30 as he introduced the bill to the House.

“None have passed until this point, though.”

Last week, the Senate passed Bill S-240, “an Act to amend the Criminal Code and the Immigration and Refugee Protection Act (trafficking in human organs).”

The bill was introduced by Sen. Salma Ataullahjan and received cross-party support. Genuis is now introducing the bill to Parliament in hopes it will become law.

“It has been 10 years with the involvement of multiple members and multiple parties. I hope we will finally be able to get this done in this Parliament.”

In an interview with The Epoch Times, Genuis said the issue is urgent, given that the lives of victims are at stake.

“The sooner we move forward to action it, the sooner we will address the ongoing victimization,” he said.

The bill doesn’t mention any country specifically, but Genuis said forced organ harvesting is a big issue in China.

“The bill is written to address not only the current but potential future problems in other countries and in different kinds of ways and contexts,” he said. “[But] I think that every member [of Parliament] understands that certainly the biggest problem in this respect by far are the actions of the Chinese government.”

Back in 2006, former MP and secretary of state for Asia-Pacific David Kilgour and Winnipeg-based human rights David Matas publicized the results of their extensive joint investigation, showing that China targets persecuted groups for forced live organ harvesting. The victims have their organs removed while still alive so that the organs are as fresh as possible. The victims don’t survive the procedure.

The largest group of victims is Falun Dafa prisoners of conscience, according to the Kilgour-Matas investigation report. Falun Dafa, also called Falun Gong, is a traditional Chinese spiritual discipline centred on the principles of truthfulness, compassion, and tolerance that has been persecuted by the communist regime since 1999. Other victims include Uyghur Muslims, Tibetans, and House Christians.

Genuis explained the advance planning involved in the killing for organs carried out in China.

The bill addresses the issue of Canadians receiving organs in cases where there is no voluntary consent. It also bars those involved in organ trafficking from entering Canada.

Genuis said the bill would reduce the demand for organs provided through illicit means, and “hopefully increase the pressure on China to change the way in which it operates in this respect.”

It’s important to recognize that the bill is just part of the solution to the issue of forced organ harvesting, and “we shouldn’t see it as the end of the road,” he said. Instead, Canada needs to “take a stand” and join other countries that have similar legislation.

“It addresses the possibility of Canadians being complicit in this problem, and it increases the international pressure,” Genuis said.

This time around, Genuis is optimistic that the bill will become law, although he said the government has yet to declare its position on it.

“Hopefully the government will support it so we’ll have unanimous support in the House to move the bill along very quickly.”