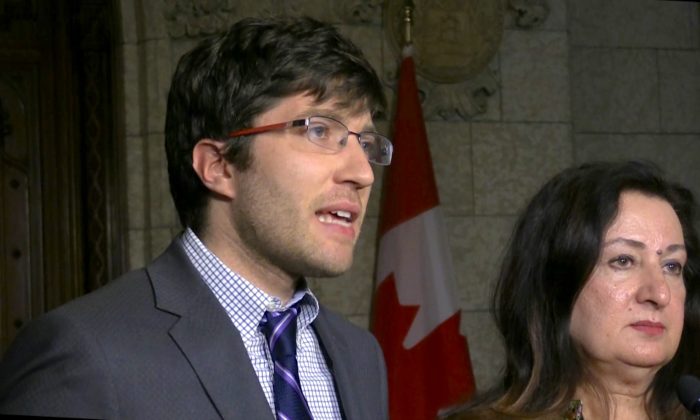 Canadian senators have unanimously passed a bill to combat organ trafficking. It will now be sent to the House of Commons for consideration to become legislation.

Bill S-240, an Act to amend the Criminal Code and the Immigration and Refugee Protection Act (trafficking in human organs), is similar to a bill introduced by Conservative MP Garnett Genuis in 2017, but was introduced as a Senate bill by Sen. Salma Ataullahjan in hopes of fast-tracking its passage.

“The bill amends the criminal code to create new offences in relation to trafficking in human organs and tissue,” explained Ataullahjan in a press conference on Oct. 25, two days after the passing of the bill in the Senate.

“It also amends the Immigration and Refugee Protection Act to provide that a permanent resident or foreign national is inadmissible to Canada if the minister of citizenship and immigration is of the opinion that they have engaged in any activities related to trafficking in human organs and tissue.”

Before passing the bill, senators heard from a number of concerned groups, including human rights activists who have investigated the issue of organ trafficking.

David Kilgour, a former MP and secretary of state for Asia-Pacific, told a Senate committee in May that there is only one country in the world where it is the government that is behind forced organ removal, rather than criminals in the black market.

According to investigations done by Kilgour and David Matas, a Winnipeg-based human rights lawyer, China targets prisoners of conscience for its illicit multi-billion-dollar organ trafficking business, removing the victims’ organs while they are still alive so the organs are as fresh as possible. The victims don’t survive the procedure.

The majority of the victims are adherents of Falun Dafa, a traditional spiritual meditation practice that is currently persecuted by the communist regime, among other victim groups such as the Uyghur Muslim community in the west of China.

Genuis, who accompanied Ataullahjan to the press conference, said the bill received great support from senators with different political affiliations, and based on the fact that MPs from different parties have introduced similar bills in the past, the issue has cross-party support.

“A similar bill, C350, that I tabled was seconded by Liberal MP Borys Wrzesnewskyj, so we are pleased to see cross-party support,” he said, noting that Wrzesnewskyj himself had in the past introduced a similar private members bill, as had Irwin Cotler, a former Liberal justice minister.

“This is not a one-party initiative. That said, we have yet to hear the government’s position on it. … We’re hopeful that they will do the right thing and support it,” Genuis said.

“My plea to all MPs from all parties is that this is a good human rights initiative, it’s a non-partisan initiative, it’s something that needs to be done. Let’s save lives. Let’s make sure that it gets done before the next election.”