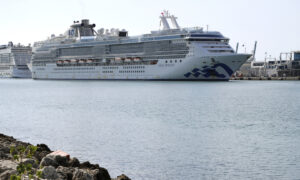 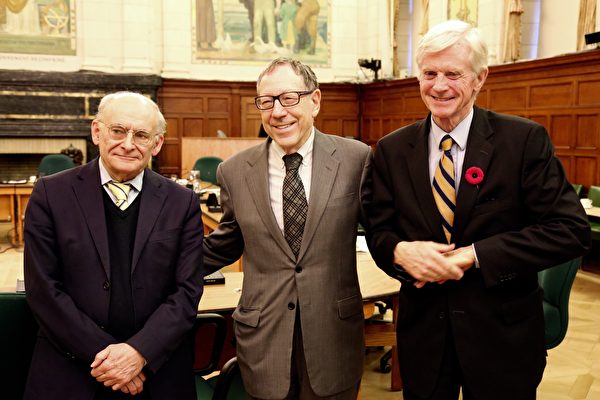 OTTAWA—Two investigators who have spent 10 years researching evidence of forced organ harvesting from prisoners of conscience in China told Parliament’s human rights subcommittee that the practice of killing for profit-driven transplants continues unabated in China today.

International human rights lawyer David Matas and former Crown attorney and cabinet minister David Kilgour presented the findings of their latest report, released in June, at a House of Commons hearing on Nov. 3.

Based on an analysis of over 700 organ transplantation centres in China, the report indicated that Chinese hospitals have performed an estimated 60,000 to 100,000 organ transplants a year since the year 2000, and that most of the organs were sourced from innocents—Uyghurs, Tibetans, House Christians, with Falun Gong practitioners being the primary source.

Matas told the committee that the mass vilification and detention of Falun Gong practitioners, combined with a long-standing practice of sourcing organs from death-row prisoners and hospitals’ need for funding, led to the mass killing of Falun Gong adherents for their organs.

“Falun Gong practitioners became a ready, inexhaustible source of organs which can be sold to transplant tourists at exorbitant prices,” Matas said.

Hospitals with transplant centres, the report revealed, indicate that organ transplants are their largest source of revenue. Kilgour told the committee the crimes currently being committed in China involve the coordination of many actors.

“Organ pillaging in China is a crime in which the Communist Party, state institutions, the health system, hospitals, and the transplant profession are all complicit,” said Kilgour.

China analyst and investigative journalist Ethan Gutmann co-authored the 600-page report with Matas and Kilgour. Gutmann was not present for the hearing.

Matas and Kilgour have described this organ seizure as “the kernel at the centre of human rights violations in China,” where doctors—using skills meant to heal—kill helpless prisoners of conscience by extracting their vital organs such as kidneys, livers, and hearts to supply a gruesome and lucrative global trade.

‘We are very clear on this issue’

“We are hearing very carefully these numbers and I think it’s alarming, I think it’s appalling,” NDP MP Cheryl Hardcastle, one of the two vice-chairs of the subcommittee, told reporters after the hearing.

The subcommittee, long a bastion of cross-party cooperation, adopted a motion in December 2014 condemning  the forced organ harvesting in China and calling for an immediate end to it, and in March 2015 amended the motion to name Falun Gong and Uyghurs as two of the groups targeted.

The Nov. 3 hearing was the first that the current subcommittee has held on this issue since the Liberal government took power a year ago.

“I don’t think there is any disagreement with the previous position which the subcommittee has taken. We are very clear on this issue,” said Conservative MP and subcommittee member David Anderson.

The European Parliament passed a similar resolution in 2013.

Former justice minister Irwin Cotler, who attended the hearing, pointed to the severity of the situation and the fact that the perpetrators continue to commit the atrocity at will.

“The things that stand out—[No. 1], this is a state practice in China; No. 2, that it is comprehensive and pervasive; No. 3, that it targets innocents, particularly the Falun Gong; No. 4, it continues to operate under a culture of impunity,” Cotler said.

“I think it is time for governmental legislation. I think there is all-party support for it. Now is the time to move on it,” added Cotler, echoing one of the recommendations from the Kilgour-Matas-Gutmann report.

“I was interested in multilateral action and what Canada perhaps can do in the international community with allies,” said Liberal MP Michael Levitt, chair of the subcommittee, echoing another recommendation from the report.

The report authors urged governments around the world not to allow their citizens to go to China for organs until China has allowed a full investigation. So far, Spain, Israel, and Taiwan have passed legislation making it illegal for their citizens to get organ transplants in China.

The authors also want organ transplant tourism to China to be openly monitored rather than shielded by medical confidentiality. And they are hoping that the global intergovernmental community will conduct an independent investigation into organ transplant abuse in China.