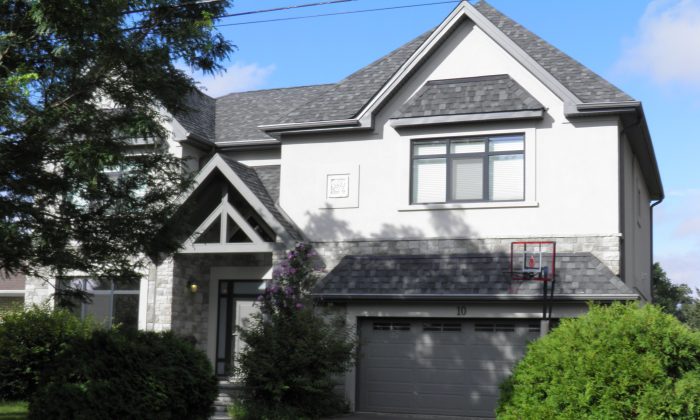 OTTAWA—The amount Canadians owe compared with how much they earn hit another record high last year.

Statistics Canada said the amount of household credit market debt rose to 167.3 percent of adjusted household disposable income in the fourth quarter, up from 166.8 percent in the third quarter.

That means there was $1.67 in credit market debt for every dollar of adjusted household disposable income.

“After slowing to a stable year-over-year pace by late-2013, growth in this debt ratio has since accelerated again alongside torrid gains in the Vancouver and Toronto housing markets,” said Robert Kavcic, BMO Capital Markets senior economist.

Fuelled by mortgages and low interest rates, household debt has been climbing steadily in recent years. Policymakers have raised concerns about household debt and see it as a key risk to the economy.

While interest rates have been low for years, making borrowing money cheap for Canadians, some have expressed concerns about what could happen when rates rise or if there is a shock to the economy that results in a large number of job losses.

The increase in the key debt ratio came as income rose by 1.1 percent, while household credit market debt gained 1.2 percent.

Debt growth has accelerated somewhat, but it is not growing at the double-digit pace that would typically be considered dangerous.
— Diana Petramala, TD Bank

Mortgage debt accounted for 65.5 percent of the total.

In the fourth quarter, households borrowed an additional $28.4 billion on a seasonally adjusted basis, up from $18.7 billion added in the previous quarter.

Mortgages accounted for $18.9 billion in the three-month period, up $1.2 billion from the third quarter, while consumer credit and non-mortgage loans totalled $9.5 billion, up $8.5 billion from the previous quarter.

However, even as borrowing rose, household sector net worth at market value rose 1.0 percent in the fourth quarter to $10.268 trillion, boosted by gains in the stock market.

The Canadian Real Estate Association reported on March 15 that home sales in February were up 5.2 percent compared with January, boosted by Toronto and the surrounding area.

The national average price for a home sold in February was $519,521, up 3.5 percent from a year ago, boosted by Greater Vancouver and Greater Toronto.

“As home prices accelerate in some parts of Canada, particularly in Ontario, households have been getting a nice boost to their net wealth,” TD Bank economist Diana Petramala wrote in a note.

“Debt growth has accelerated somewhat, but it is not growing at the double-digit pace that would typically be considered dangerous.”

The latest reading on household debt from Statistics Canada came as consumer credit company Equifax said in its national consumer credit trends report that total consumer debt held by Canadians, including mortgages, in the fourth quarter increased 6 percent compared with a year ago to $1.718 trillion.

The Equifax report also noted that while 46 percent of consumers were decreasing their debt, 37 percent were borrowing more.