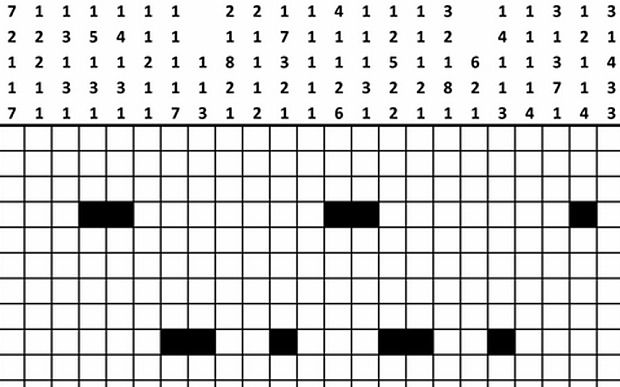 Can You Figure Out the UK Intelligence Agency’s Puzzling Christmas Card?

Instead of sending out a card filled with Christmas cheer, Britain’s spy agency GCHQ sent out a card, asking to see if people solve a challenging puzzle.

The puzzle consists of a grid featuring select blocks that are shaded in along with a series of numbers.

“In this type of grid-shading puzzle, each square is either black or white. Some of the black squares have already been filled in for you. Each row or column is labeled with a string of numbers. The numbers indicate the length of all consecutive runs of black squares, and are displayed in the order that the runs appear in that line. For example, a label ‘2 1 6’ indicates sets of two, one and six black squares, each of which will have at least one white square separating them.”

“Once all stages have been unlocked and completed successfully, players are invited to submit their answer via a given GCHQ email address by 31 January 2016. The winner will then be drawn from all the successful entries and notified soon after,” the agency added.

The UK’s Telegraph newspaper also posted an explanation on how to solve the puzzle, which contains spoilers.