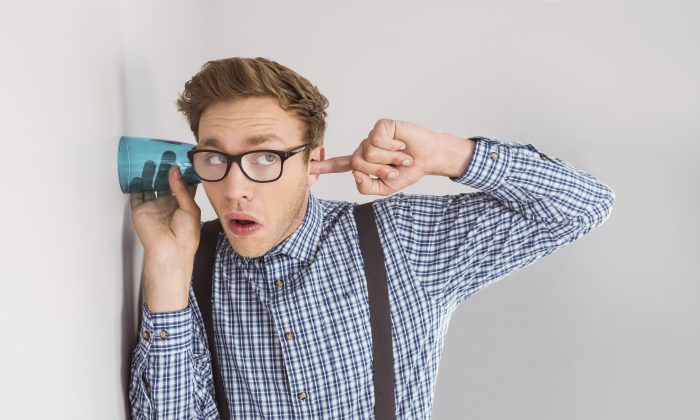 Can We Unconsciously ‘Hear’ Distance?

Because sound travels much more slowly than light, we can often see distant events before we hear them. That is why we can count the seconds between a lightning flash and its thunder to estimate distance.

But new research reveals that our brains can also detect and process sound delays that are too short to be noticed consciously. And they found that we use that unconscious information to fine tune what our eyes see when estimating distances to nearby events.

“Much of the world around us is audiovisual,” says Duje Tadin, associate professor of brain and cognitive sciences at the University of Rochester and senior author of the study published in PLOS ONE.

“Although humans are primarily visual creatures, our research shows that estimating relative distance is more precise when visual cues are supported with corresponding auditory signals,” adds Tadin. “Our brains recognize those signals even when they are separated from visual cues by a time that is too brief to consciously notice.”

Tadin and colleagues have discovered that humans can unconsciously notice and make use of sound delays as short as 40 milliseconds (ms).

“Our brains are very good at recognizing patterns that can help us,” says Phil Jaekl, who conducted the research while a postdoctoral researcher in Tadin’s lab. “Now we also know that humans can unconsciously recognize the link between sound delays and visual distance, and then combine that information in a useful way.”

The researchers used projected 3D images to test the brain’s ability to use sound delays to estimate the relative distance of objects.

In the first experiment, participants were asked to adjust the relative depth of two identical shapes until they appeared to be at the same distance when viewed through 3D glasses. Each shape was paired with an audible “click.” The click came either just before the shape appeared or slightly after it appeared—by an equally brief time.

“It’s striking that this bias is unconscious—participants were unable to consciously detect when sound delays were present, yet it had great influence over their perception of distance,” says Jaekl.

The National Eye Institutes of Health funded the study.