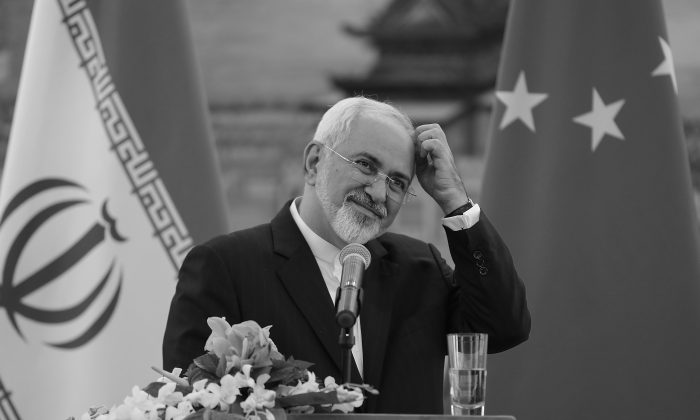 Can Trade Keep Iran in Line?

Trade delegations rush to Iran; if its nuclear ambitions are not contained, restoring sanctions won't be easy

BLOOMINGTON—Around the world, businesses act overwhelmingly in favor of not only removing all sanctions on Iran, but keeping them off irrespective of the Joint Comprehensive Plan of Action’s success or failure. Yet as Iran gets re-hooked into the global system, the need for trade may not necessarily keep its government on the straight and narrow.

The plan of action adopted by international powers to curb the Iranian nuclear program in exchange for lifting sanctions has yet to be implemented, but a stampede is underway by countries to resume trading with Iran. As global industrial leaders rush to the Iranian El Dorado, many fear that Tehran will have less compulsion to keep its ambitions in check.

Global industrial leaders rush to the new El Dorado; others ask if Tehran will keep its ambitions in check.

Russia’s Sberbank Leasing has offered to finance up to 50 Superjet SSJ100 passenger aircraft, well aware that the Iranian commercial aviation sector needs to renovate its fleets by investing at least $20 billion. Two other Russian companies have negotiated deployment of satellite systems in Iran. A Romanian company sold three Boeing 737 aircraft to Tehran-based Caspian Airlines for routes to Ukraine, Armenia, and Turkey.

Japan, once a major trade partner, sent Daishiro Yamagiwa, minister of Economy, Trade, and Industry, to Tehran, seeking a “durable and continued process for the expansion of cooperation.” The delegation included executives from Toyota, Honda, Mitsubishi, Sumitomo, and Mitsui. Yoo Il-ho, Korean minister of Land, Infrastructure, and Transport, even apologized for his country leaving Iran under sanctions pressure, adding “the issues will be redressed.” Leaders of Daewoo, Hyundai, and the national Korea Export-Import Bank were part of that 30-person trade delegation. China Petroleum & Chemical Corporation, Asia’s largest refiner, announced its interest in up to 40 million barrels of crude oil stored on Iranian tankers in the Persian Gulf. Not wanting to be left behind, Britain’s Secretary of State for Foreign and Commonwealth Affairs Philip Hammond reopened his country’s embassy in August. His delegation included the treasury minister plus senior executives from the British Bankers’ Association and energy infrastructure corporations.

The Netanyahu government is likely to keep sanctions in place, reining in Israeli businesses. Despite regional rivalries, Saudi imports from Iran totaled $120 million in 2013 and will likely rise.

Iran’s government has long been planning for re-entry into the global markets. In 2002 its majles, or parliament, passed the Foreign Investment Promotion and Protection Act which allows 100 percent ownership and transfer of profits by non-Iranian companies. Gradually, the Islamic Republic has also accepted world intellectual property and copyright conventions and treaties. On Aug. 11, Iran’s Monetary Council and Central Bank issued regulations permitting global banking in free trade zones at Kish, Qeshm, and Chabahar.

Estimates suggest the government in Tehran could allocate an additional $4.8 billion from new revenues toward its defense budget. American and Israeli analysts and politicians fear that flush with new cash the Islamic Revolutionary Guard Corps would further deploy its overseas clout through military and terrorist actions. Still entangled in regional wars, the IRGC seems to be planning business ventures with foreign corporations which may temper its violence. The IRGC has even put the Telecommunication Company of Iran up for sale through its Etemad-e Mobin investment arm. The U.S. Treasury will maintain sanctions on the IRGC, so international investors will still have to exercise due diligence. Rouhani and his allies are said to be pushing for less military involvement in Middle East conflicts.

Additionally, not all of the estimated $150 billion available to Iran after both U.N. and U.S. economic sanctions are fully lifted will quickly go to Tehran as hard currency. India owes Iran between $6.5 and $8.8 billion for oil purchases of which 55 percent will be repatriated in euros, the rest in rupees, with payments in installments over several years. China holds approximately $22 billion of Tehran’s funds. Yet a substantial portion of those assets serve as collateral for Chinese projects in Iran. In its own economic downturn, Beijing wants Tehran to barter remaining funds for goods and services rather than receive cash transfers.

Iranian Minister of Economic Affairs and Finance Ali Tayyeb Nia stresses that most of the frozen funds belong to the Central Bank of Iran and will be allocated for much-needed domestic development. Indeed, Iran’s economic needs may prove to be the dominant driver shaping not only that nation’s future implementation of the agreement but also other geopolitical actions. Addressing fellow Iranians and the global community on July 14, Iran’s President Hassan Rouhani conceded: “When we started negotiations, economic growth was well under zero percent… [now we have] a better future for our youth, a more rapid movement toward development.”

The ultimate test is Iran’s behavior. Even now the country continues to buttress the Assad regime, Hezbollah and Hamas while denouncing Israel and the United States.

Aware of possible backsliding, President Barack Obama emphasized when announcing the joint plan of action: “If Iran violates the deal, all of these sanctions will snap back into place.” Certain multinational corporations, such as British Petroleum, are hesitant to rush back into Iran fearing sanctions could be reintroduced by Washington. BP suggests it is “monitoring the situation and will look for opportunities.”

As Iran’s economy and society revive, its ambition as a regional power will likely grow, for Rouhani has declared: “Iran’s power is your power, we know security in the region as our security; we assume our stability [is] the stability of the region; now we will want more cooperation and more harmony.” Those words may have struck rivals like Saudi Arabia and Israel as both ominous and prognostic.

Options are limited if Iran strays from the agreement. Few want another war, yet nations may not bow on snap-back sanctions.

U.S. options are limited if Iran strays from the agreement. The American public does not want another war. Sanctions waivers and non-compliance were already rising before the deal. Now, powerhouses like China, Germany, and Japan are getting more deeply enmeshed in Iran’s economy and counting on Iranian spending to boost their own growth. So, nations may decide not to bow to a Washington decision on snap-back sanctions.

Once the Joint Comprehensive Plan of Action sunsets, Iran will be better poised economically and technologically to return to the nuclear arena. During an interview with Science Magazine, Ali Akbar Salehi, who heads Iran’s Atomic Energy Organization, spoke of the ultimate target being not nuclear fission but fusion. Whether Iran’s agenda a decade from now includes bomb technology or new peaceful energy sources will hinge on whether resurgent trade empowers the military and others in power—or ordinary Iranians.

Jamsheed K. Choksy is a distinguished professor, professor of Iranian studies, and chairman of the Department of Central Eurasian Studies at Indiana University. He is also a member of the U.S. government’s National Council on the Humanities. Carol E.B. Choksy is a lecturer in strategic intelligence at Indiana University. She is also CEO of IRAD Strategic Consulting, Inc. Copyright © 2015 YaleGlobal and the MacMillan Center. This article was previously published on Yaleglobal.yale.edu