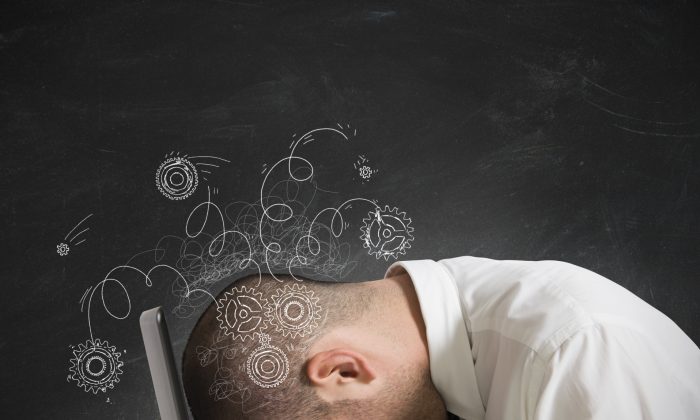 Can Our Minds Control Electronic Devices?

Most of us have talked coaxingly to the machines in our lives. Who hasn’t begged his malfunctioning computer to just start working, or his slowly buffering smartphone to hurry up?

Princeton Engineering Anomalies Research Lab (PEAR) at Princeton University is famous for experiments it conducted showing our minds may actually affect the operations of electronic devices.

Researchers at the lab, which was shut down and absorbed into a non-profit organization in 2007 after nearly 30 years in operation, tested the effect human intention could have on devices called random event generators (REGs). REGs produce either 1s or 0s. They’re like electronic coin flippers, producing two possible outcomes generated at random.

Operators were asked to direct their intention at the machine to cause it to produce either more 1s or more 0s.

The results of one operator, for example, showed a tendency toward the operator’s intention that had a 1 in 250,000 likelihood of happening by chance. The cumulative results of PEAR’s experiments showed about a 1 in 1 trillion likelihood of such results being produced by chance, PEAR reported.

In a 1982 paper, PEAR founder Robert J. Jahn said of testing psychic phenomena, “The experimental results are rarely replicable in the strict scientific sense, but the anomalous yields are well beyond chance expectations and a number of common features thread through the broad range of reported effects.”

Stanley Jeffers, associate professor emeritus of physics at York University in Canada, said in an article published by The Committee for Skeptical Inquiry that he finds PEAR’s methodology unsound.

“I have conducted several experiments in collaboration with others in this field. One characteristic of the methodology employed in experiments in which I have been involved is that for every experiment conducted in which a human has consciously tried to bias the outcome, another experiment has been conducted immediately following the first when the human participant is instructed to ignore the apparatus. Our criterion for significance is thus derived by comparing the two sets of experiments. This is not the methodology of the PEAR group, which chooses to only occasionally run a calibration test of the degree of randomness of their apparatus,” he wrote. “We contend, although [PEARS scientist York] Dobyns has disputed our claim, that our methodology is scientifically more sound.”

Another interesting finding of the PEAR experiments is that pairs of operators with shared intentions, especially those with an emotional bond to one another, were better able to affect the REGs. Operators in more spiritual or artistic settings and circumstances produced better results than those in mundane settings, such as business meetings or academic conferences.