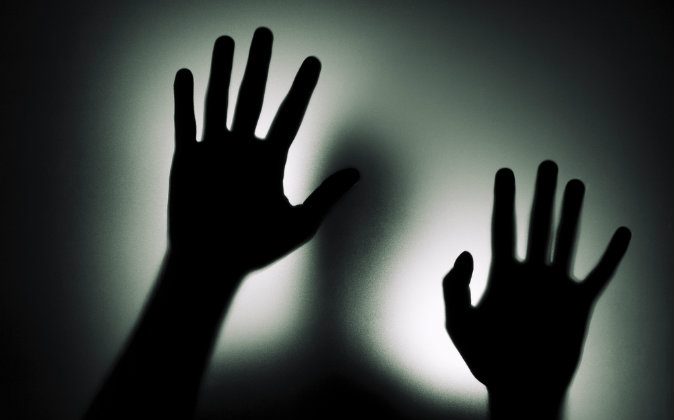 A lot of the research on nightmares suggests these events test the strength of one’s mind. If the mind is not strong, nightmares can take hold with greater force and the torment can extend beyond one’s dreams.

Dr. Patrick McNamara of the Boston University School of Medicine looks at nightmares in a modern clinical context that also takes into account the history of dream phenomena in many cultures. He connects nightmares with a world of malevolent spirits.

Some people who experience frequent nightmares, both today and throughout history, also show signs in waking life of mental illness and even what may be seen as spirit possession.

“Nightmares very often involve supernatural characters that attack or target the dreamer in some way. I mean monsters, creatures, demons, spirits, unusual animals, and the like,” Dr. McNamara said in an interview with Boston University’s alumni publication Bostonia. “The self escapes unscathed only if it refuses to look at or speak to or in any way engage the monster. When the self engages the monster, all kinds of ill effects ensue, including, in ancestral cultures, demonic or spirit possession.”

“It is an interesting clinical fact that, even today, most cases of involuntary spirit possession across the world occur overnight. The person wakes up possessed,” he said. He said spirit possession is much more common than most people think. “It is a universal human experience.”

Under attack, the strength of a dreamer’s ego is challenged in nightmares. As with facing other hardships in life, overcoming a nightmare attack can make a person stronger, Dr. McNamara said.

Nightmares are more frequent for people with “thin boundaries,” he said—that is, people who are sensitive to sensory impressions and creative people.

People who’ve experienced trauma also experience frequent nightmares. As has been suggested in other modern spirit possession studies, trauma victims may sometimes withdraw their consciousness from their bodies as a coping method, thus leaving their bodies open to the control of other consciousnesses.

Neurologist and psychiatrist Dr. McNamara studied nightmares for more than a decade before writing “The Science and Solution of Those Frightening Visions During Sleep” in 2008.

Concept image of a woman suffering from mental illness via Shutterstock

Researchers at the University of Warwick in England released a study earlier this year linking chronic childhood nightmares with mental illness later in life.

When considering the lasting impact of nightmares on one’s mind, another question that has been raised is, if a person dies in a dream could he die in real life as a result?

Can You Really Die if Killed in a Nightmare?

There is a phenomenon called “sudden unexplained nocturnal death syndrome” (SUNDS) that some have speculated may be linked to nightmares, but this link has not been rigorously tested and is far from certain. SUNDS is more common among a particular demographic, young men, and often happens when the men have gone to bed with a full stomach, suggesting more physiological causes.

Another phenomenon related to death in sleep is parasomnia pseudo-suicide, when people commit suicide in their sleep. A 2003 article in the Journal of Forensic Science explained: “Complex behaviors arising from the sleep period may result in violent or injurious consequences, even death. Those resulting in death may be erroneously deemed suicides.”

Some have said this is what happened to modern artist Tobias Wong, who hanged himself in New York in 2010.

Doree Shafrir of Buzzfeed wrote an article about her personal experiences with night terrors and also mentioned Wong. Night terrors differ slightly from nightmares in that the sleepers may exhibit more physical movement or yelling during the terrors and they may not remember dream episodes that caused the reaction. “It crosses my mind that I could actually scare myself to death,” she wrote.

“The prevailing theory about Tobias Wong’s death was that he hanged himself while experiencing a night terror. I imagine that something in his mind told him that hanging himself was the only way to escape whoever, or whatever, was chasing him, in the same way that I have thought that the only way to save myself was to jump out of a window or smash a pane of glass.”

It is difficult, of course, to establish any clear link between nightmares and death, since the cause of death would be manifest in the person’s mind and the person would not be able to report it if he or she actually died as a result.

How to Fight Nightmares: Make the Scary Thing Silly

A common therapy to help people with chronic nightmares overcome them is turning the scary image into something benign. In waking life, the person identifies the frightening imagery that comes up in recurrent nightmares or nightmares with similar themes. He or she Reimagines it in a way that makes it less scary, sometimes drawing it out on paper to help visualize it more clearly and reinforce the image.

“Harry Potter,” fans may think of the scene in which Neville Longbottom pictures the frightful Professor Snape dressed in his grandmother’s clothes, effectively dispelling the fear associated with that figure.

*Concept image of fear via Shutterstock