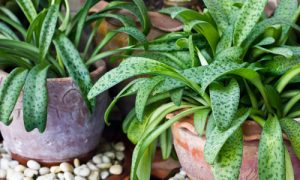 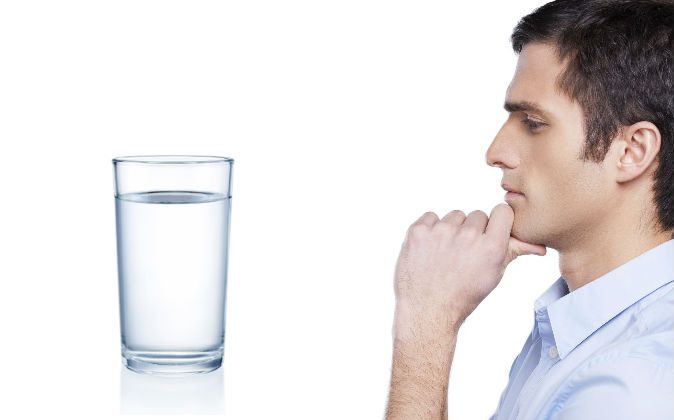 (Images via Thinkstock)
Beyond Science

It seems the most difficult aspect of testing the power of human intention is controlling the intention of the scientists conducting the experiments. Some skeptics have scathingly dismissed research done on the power of human thoughts to affect water, but others are intrigued and eager to see what continued research will discover.

The implications are considerable; the human body is, after all, largely composed of water. Here’s a look at four studies on the subject, as well as some insights found in traditional Chinese culture.

From the documentary “What the Bleep Do We Know?”

The most famous experiments done on the power of the human mind to physically impact water were led by Dr. Masaru Emoto, head of the Hado Institute (IHM Corporation) in Tokyo, Japan, in the 1990s.

Containers of rice were subjected to the same stimuli and left for 30 days, after which time the levels of mold and decay were compared. Again, the rice exposed to good thoughts remained unspoilt much longer and the other two groups (one exposed to negative thoughts, the other ignored) became black with mould. One of the lessons drawn from the experiment was that neglect and indifference can be as damaging as overt abuse.

Some have criticized his studies as not having sufficient controls or being difficult to replicate.

Physicist Dr. Li Chunbing commented in an interview with the Pure Insight website in 2002: “Although I don’t have an insider’s view of the experiments, I think the mind activities of the research team may influence the results of each experiment. Since water is found to be sensitive to thought, it must also be sensitive to the thought of the researchers. I believe that the researchers would need to keep a clear mind to avoid shaping the results to their likings.”

A note with the words ‘You are really nauseating and disgusting. I’ll kill you!’ were put on the container of the water that formed this crystal. (Courtesy of Dr. Masuru Emoto)

A note with the words ‘love’ and ‘thank you’ were put on the container of the water that formed this crystal. (Courtesy of Dr. Masuru Emoto)

Dean Radin, Ph.D, worked with Emoto to replicate Emoto’s earlier studies. They published their research in the Journal of Scientific Exploration in 2008 in an article titled “Effects of Distant Intention on Water Crystal Formation: A Triple-Blind Replication.”

Radin is chief scientist at the Institute of Noetic Sciences (IONS); he has held appointments at Princeton University and several other educational institutions in the past.

Here’s a point-form look at their study:

-1,900 people in Austria and Germany focused their good intentions on bottles of water in California. The room in which the bottles were kept was electromagnetically shielded.

-The beauty of the resultant crystals was assessed by more than 2,500 independent judges, who were unaware of the treatment conditions.

-The judges were asked to differentiate between “beautiful” and “interesting” when characterizing the crystals.

-The water used was randomly selected.

-Measures said to be missing in previous experiments were introduced to this one; they include:

-Controls in close proximity to the test bottles to eliminate environmental differences.
-Petri dishes placed in random positions in the freezer to average out any slight temperature differences
within the freezer.
-Triple-blind controls to control for biases among photographers, judges, and data analysts.

-The results showed, “a modest difference in favor of” the hypothesis that intention can physically impact water.

-The researchers expressed hopes to develop further controls for the intentions of researchers.

Stanford University Professor Emeritus William A. Tiller said on his website that he and his research team “have repeatedly been able to change the acid/alkaline balance (pH) in a vessel of water either up or down, without adding chemicals to the water, merely by creating an intention to do so.”

He wrote: “We have had others replicate these water pH results at multiple locations around the world. Such results are consistently reproducible!”

In her theology Ph.D. dissertation submitted to the Faculty of Holos University Graduate Seminary, Jane Simmons investigated the effect a certain heart-cultivation practice had on water.

ALSO SEE: How the Heart Is Like a ‘Little Brain’: Which Is Really in Control?

-She used the water on wheat seeds to see if the seeds would grow differently depending on which batch of water was used.

-She did not find a significant difference within the 16-week growth period of the experiment. She did find, however, that the plants in the control group lagged slightly behind the two groups of plants that had been near the practitioners. Over time, wrote Simmons, more significant results may have been observed.

-Though her study did not prove the hypothesis that human intention impacts water, she said further experiments should be done and she gave some insight into how to better control future experiments. Factors that may have affected her results include:

-The control plants may have received slightly less sunlight in the greenhouse than the test groups.
-The current mental state and concentration of the practitioners and of herself as she conducted the experiment may have affected the results. In answering survey questions, some of the practitioners expressed uncertainty in their belief that the HeartMath technique could impact the water. Some said their current overall life situations involved mid- to high-level stress.

Physicist Dr. Cheng Luojia told Pure Insight: “In Chinese tradition, people had a meticulous understanding of water. For example, in creating medicine one must choose water carefully. To make Aijiao (a Chinese traditional medicine), water from the Ai Well in Ai Village in Shandong Province must be used.

A Chinese proverb says, “Water is a mirror of the heart.”