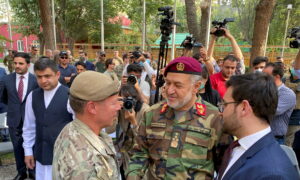 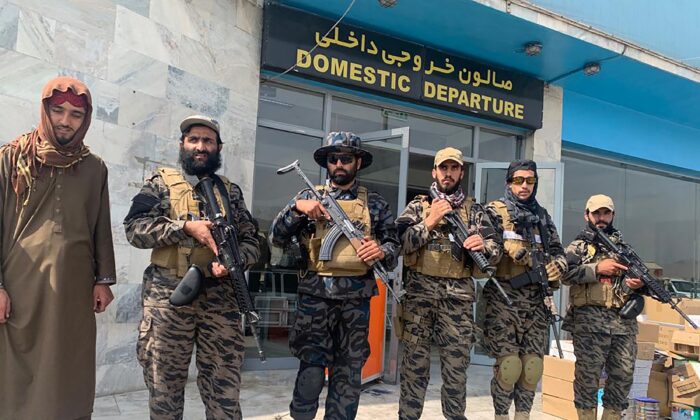 Can China Replace the US in Afghanistan?

There is a school of thought that international relations is a zero-sum game: if you’re winning, then I’m losing. Nowhere is this more apropos than in the case of the U.S. withdrawal from Afghanistan.

According to this zero-sum argument, the “loser”—the United States—is obvious. But who is the winner? The Taliban, of course, but what other countries also stand to gain by America’s Afghan exit?

It is increasingly posited that China could be a winner in all of this. This begs the question, however, of how the U.S. withdrawal constitutes a “win” for Beijing.

To a certain extent, the geopolitical vacuum left behind by the United States creates a natural opening for the Chinese Communist Party (CCP) to swoop into Afghanistan and Central Asia. The CCP has obvious interests in the area.

China would love to incorporate Afghanistan into its Belt and Road Initiative (BRI, also known as One Belt One Road), constructing rail and road links through the country to Iran, the Gulf, and the Middle East. China and Afghanistan are already partners—along with Iran, Tajikistan, and Kyrgyzstan—on the “Five Nations Railway” initiative to link these countries in an integrated rail corridor.

In terms of internal security, Beijing would also like to mitigate the possibility that the Taliban would incite anti-CCP activities by the Uyghurs in Xinjiang. For this reason, too, China is constructing a military base in the Badakhshan area of Afghanistan, close to the Afghan-Chinese border.

These are just a few items on the CCP’s wish list. But what can it do for the Taliban in return?

The potential economic benefits of major infrastructure investments like railroads are self-evident. In the short term, however, China’s biggest contributions to the Taliban could be mainly military and security related.

In the first place, as has been widely publicized, the Taliban has inherited a massive military arsenal left behind by the United States and the Afghan security forces. These include millions of dollars’ worth of U.S. weaponry: Blackhawk helicopters, A-29 and C-208 counterinsurgency aircraft, M-113 armored vehicles, Humvees, and lots and lots of small arms and ammunition.

At the same time, there are still a lot of ex-Russian equipment in the Afghan inventories left over from the Soviet occupation, particularly Mi-17 “Hip” helicopters, T-55 tanks, and AK-47 assault rifles.

Not all of this equipment is usable or won’t be for very long. Before it left, the U.S. military “demilitarized”—that is, damaged beyond all possible use—a lot of vehicles and aircraft. Some aircraft were flown out of the country before the Taliban took Kabul. And without proper maintenance, the military effectiveness of helicopters, attack planes, and armor will begin to degrade almost immediately.

But here is where China could make itself very attractive to the Taliban. Beijing could offer to maintain and repair equipment in the Afghan arsenal, train soldiers and pilots, and support the Taliban with intelligence and logistics. China already builds Mi-17s under license from Russia, and it could upkeep ex-Soviet tanks and armored vehicles. It also flies civilian versions of the Blackhawk and might be able to help maintain those helicopters in Afghanistan.

If the Taliban is unable or unwilling to use some left-over equipment, China could facilitate in selling these items on the global black market for arms. The sale of spare parts alone could reap millions.

Finally, China could reap a technological bonanza by accessing U.S. weaponry. Much of the equipment used by Afghan security forces weren’t that high-tech, and the Chinese probably already possess weapons of comparable quality. Still, there are likely a few pieces of equipment left behind that China could mine for technology.

One of these is the Wolfhound, a mobile, lightweight, and ruggedized radio direction-finding system. It is designed for ease-of-use in the field and is highly accurate.

Another is the ScanEagle unmanned aerial vehicle (UAV). Of course, the Chinese military already operates several UAVs, but the ScanEagle is a compact and long-endurance vehicle, capable of austere basing on land and even being fitted to small ships.

Finally, the Chinese might like to inspect the Afghans’ A-29 attack plane. The A-29 is a Brazilian-designed, U.S.-built lightweight turboprop aircraft, intended for flying “low and slow.” This makes it very effective for counterinsurgency operations. The Chinese might like to tear one apart in order to glean any possibly useful technologies.

All this, of course, highlights the dilemma of oversea arms sales: Be mindful who you export to, because your weapons may end up in the hands of your enemies.

None of these outcomes is assured, of course. The Afghans are notoriously prickly when it comes to outside interlopers, as the British, Soviets, and American have learned. There is an old saying about the Afghans: “You can rent an Afghan, but you can’t buy him.” The Chinese might be the next ones to learn this lesson.