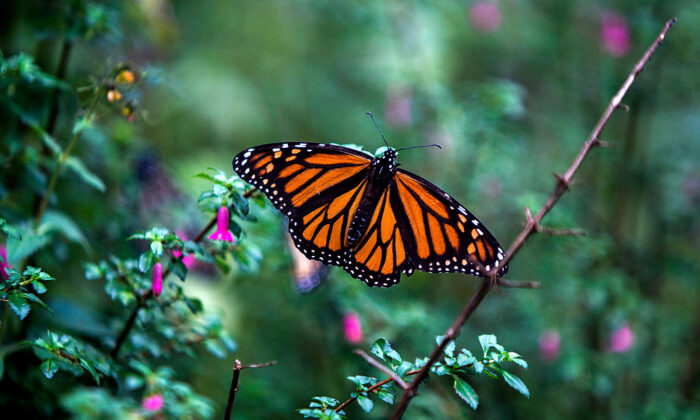 The conservancy’s $30 million “Go Wild for the Peninsula” campaign will provide for the corridor’s restoration and benefit natural lands across the peninsula. The coastal corridor will connect coastal lands to the contiguous Palos Verdes Nature Preserve.

“We have a once-in-a-lifetime chance to protect and restore undeveloped coastal California land on the Peninsula,” the conservancy organization’s Executive Director Adrienne Mohan said Aug. 26.

“Precious coastal natural lands have all but disappeared beneath bulldozers and concrete, but this campaign … will benefit our communities, support threatened and endangered species, reduce fire risk, and contribute to California’s 30×30 goal of conserving 30 percent of our lands and coastal waters by 2030,” she said.

Establishing the wildlife corridor will require extensive habitat restoration and fire risk mitigation work to help an array of endangered and threatened species, including the Palos Verdes blue butterfly, the El Segundo blue butterfly, the monarch butterfly, the Coastal California gnatcatcher, cactus wren, raptors, owls, gray fox, and many other species, according to the organization.

Restoration efforts will include the removal of invasive plants and the addition of drought-tolerant native plants.

Toward the $30 million goal, the organization said it has raised $12.6 million from the U.S. Fish & Wildlife Service’s Section 6 program—last year’s largest award nationwide, which demonstrates the land’s national importance.

California’s Wildlife Conservation Board added $4.8 million in matching funds toward the wildlife corridor, and the city of Rancho Palos Verdes contributed $1.3 million. The L.A. County Regional Park and Open Space District has awarded the project a competitive grant for $1 million from Measure A.

To date, $19.7 million in public funds have been raised. The remaining $10.3 million will be raised from private donors and other sources, the conservancy said.

“I am gratified to see how this project is helping to make the goals of the state’s 30×30 initiative a reality,” California Assemblymember Al Muratsuchi said in a statement. “The partnership between nonprofits, local government, and resource agencies are all working together to achieve environmental wins that will benefit everyone.”

The city of Rancho Palos Verdes will own the parcel, and the organization will hold a conservation easement in perpetuity.