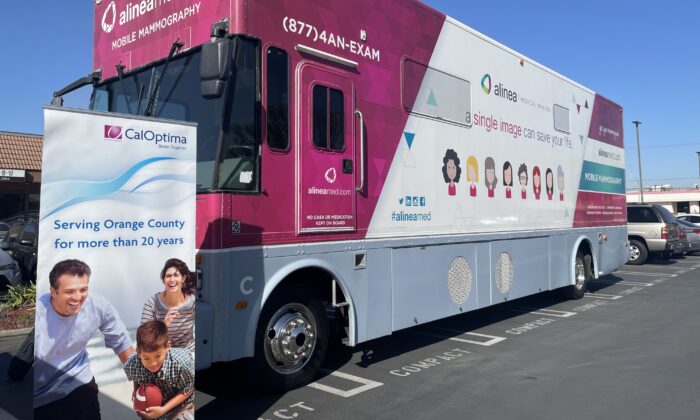 The best real estate transaction the County of Orange ever entered was the sale of its hospital along the Santa Ana Freeway in the city of Orange for one dollar. You know it as the University of Irvine Medical Center on The City Drive. If you’ve followed any of the hospitals in Los Angeles County, you can appreciate the wisdom of our forefathers in exiting that endeavor.

Former Orange County Supervisor Harriett Wieder focused on pursuing a county-operated health system (COHS) in the early 1990s as a substitute to assist those in need of a medical safety net. You know it as CalOptima. It is now serving some 900,000 Orange County residents in need of affordable health care, along with the coalition of community health centers, to those utilizing Medi-Cal and Medicaid.

I had the privilege to serve on the CalOptima board of directors the first four of my eight years as a county supervisor. Medi-Cal was not providing enough resources back in 2007, and Sacramento did not have to approve a budget by June 15th, like it is required to do today. Then CEO Richard Chambers, along with board members like myself and Art Birtcher, worked feverishly to keep the organization solvent. Even though the state legislature back then would not provide a two-thirds approval of a budget until sometimes as late as October, we made sure that every medical provider was paid promptly. This required serious cashflow management.

At that time only one county supervisor served on this board, even though it oversaw a $1.3 billion annual budget, greater than the amount spent by the Orange County Transportation Authority (OCTA), where all five supervisors were required to sit on its board. Worse yet, it was a board assignment that most supervisors avoided. My four years focused on sustainability and a growing membership, with one publication noting that I “was credited by many as the first engaged supervisor on the agency.”

My successors had different priorities with their involvement on the CalOptima board, starting with changing the composition of the board. Although the board of supervisors keeps a great distance from CalOptima for liability purposes, it is still the body that determines the governance of this COHS.

The requested changes would be made. Instead of a supervisor serving a one-year term on the CalOptima board, the approved changes would make it a two-year term. The supervisor representing the most members would be placed permanently on the board, and two more members were added. This occurred with my opposition in a 3-2 vote.

My concerns back in December of 2011 were warranted. Within two months, the CalOptima CEO resigned. Shortly thereafter at least 16 key executives left, as did a former board chair, a former vice chair, and another board member. I would interview potential new board members but was not impressed with those approved by my colleagues.

I’m going down memory lane because supervisorial interference just does not seem to quit. This organization has endured a difficult management paradigm ever since 2011, and now it has elevated to a new level. It is seeing mass turnover in the executive ranks once again.

Perhaps it is time to take a harder look at this backwater agency with a $3.7 billion annual budget?

Review the “Transparency” section on its website. Searching for “audited financial statements” is a bust. There is a Finance and Audit Committee, but the page is virtually barren. Going through its most recent committee minutes, you will find the word “audit” mentioned 116 times, but not find an actual financial audit report. And its archives are not user friendly.

What is being hidden? Why has the agency’s chief medical officer, executive director of quality initiatives, communications director and other key staff members left in recent months? The last chief executive officer, former Orange County Health Care Agency Director Richard Sanchez, stayed only a year. Now the minimum salary for that job jumped in September from $400,000 to at least $560,000. It’s déjà vu all over again.

No wonder California State Assemblywoman Sharon Quirk-Silva has stepped in with two Sacramento solutions. The first is Assembly Bill 498, a gut-and-amend legislative effort to address CalOptima.

Here are two key provisions in the bill:

This bill would prohibit a member of the governing body who is a member of the Board of Supervisors of the County of Orange from being appointed to serve a 4-year term immediately following the expiration of their one-year term.

Prohibits a CalOptima board member from serving as an employee, agent, or attorney, or otherwise representing for compensation CalOptima or any other entity who received an expenditure of Medi-Cal funds from CalOptima during the prior five years for a period of one year after leaving office.

The second is her letter to the Joint Legislative Audit Committee, on which I served while in the state senate, requesting the state auditor to consider reviewing this particular COHS. And why not? If you observe meddling and perceive an abuse of power, shouldn’t something be proposed?

Unfortunately, while serving as a state senator, I didn’t like end runs. When someone has a problem in Orange County, deal with it in Orange County. Don’t run to Sacramento to solve the problem.

After reviewing the history from a front-row seat, so to speak, maybe it can’t be fixed from within and the aggrieved parties, those providing the necessary medical services, have waited long enough. It appears that pursuing a local solution has come to no avail.

I also don’t like term limits. But, having opposed increasing the length from one year to two years, I should be consistent and support this provision of the legislation.

Prohibiting a sitting Orange County supervisor from taking a paid position within one year of leaving the CalOptima board seems to be focused on the major perceived concern. And for this reason, from my vantage point, this bill should be supported. No wonder it is garnering Republican co-authors like Assemblyman Steven Choi.

I prefer balance. And AB 498 is a tool to return it to the CalOptima board, addressing the unfettered fiefdom that it obviously appears to have become. The last thing Orange County needs is another cabal being exposed in headlines of the local papers. Abuses, perceived or real, must be addressed in some form or fashion, and these two remedies may be a good start on the road to appropriate balance.