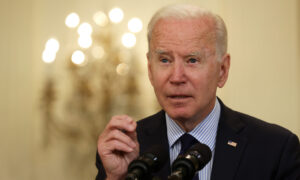 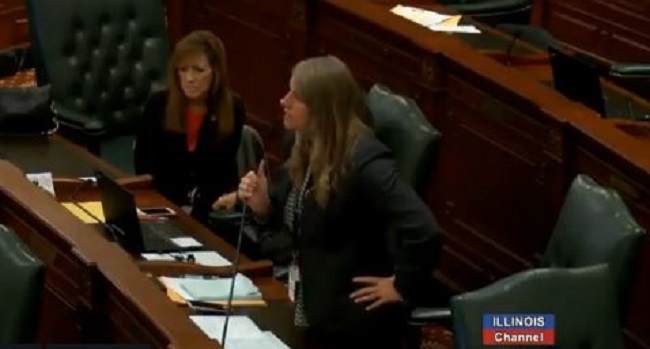 Calls for Democrat Rep. to Resign After She Says Republican’s Family Should Die

Calls for an Illinois state representative to resign were circulating after she shocked colleagues by stating that the family of a Republican state Representative should die.

“To the representative from Lombard, I would like to make him a broth of Legionella and pump it into the water system of his loved one so that they can be infected, they can be mistreated, they can sit and suffer by getting aspirin instead of being properly treated and ultimately die,” State Rep. Stephanie Kifowit, a Democrat, said on the House Floor on Nov. 27.

Her comments were aimed at Rep. Peter Breen after he questioned how much the bill would cost.

Breen, the House Republican floor leader, leaves office at the end of the year after losing his election.

The remark came as the Illinois House prepared to vote on whether to override Gov. Bruce Rauner’s amendatory veto of a bill to increase the cap the state pays in civil litigation cases from $100,000 to $2 million, according to the Chicago Sun-Times.

The legislation, which passed in May, was aimed at helping families of patients with the deadly Legionnaires disease following an outbreak in the state.

Illinois Democratic Rep. Stephanie Kifowit calls for the deaths of GOP Rep. Peter Breen's family: "I would like to make him a broth of Legionella and pump it into the water system of his loved ones so that they can be infected…they can sit and suffer…and ultimately die" pic.twitter.com/zdQmhhrJsh

Shortly after Kifowit’s comments, State Rep. Jeanne Ives lashed out at her.

“How dare you. How dare you concoct up some sort of story about brewing up some batch of Legionella and having him feed it to his family. How dare you take the discussion and the debate about a very serious bill that has a huge cost consequence on both sides, both for the victim and the state taxpayers,” Ives said.

“How dare you take an honest debate about an issue and then wish death on my colleague Peter Breen, his wife, and his two adopted kids.”

Kifowit claimed that she was speaking hypothetically and said later on Nov. 27 that her words were “misinterpreted” but lied about what she said, a local reporter noted.

She expanded further on Wednesday in a statement, saying: “My attempt to illustrate empathy for the families that were affected by the loss of their loved ones was not conveyed properly.”

“I would never wish any harm or mortality on anyone’s family, including the Breen family,” she added, reported the Daily Herald. The House voted unanimously to expunge her comments.

As the Illinois Republican Party called for Kifowit to resign, Breen was among those who said the apology didn’t cut it.

“If the representative had made her statement to me in the parking lot or left it as a phone message at my office, she would be in custody right now,” he said. “But because she made her statement on the House floor, her remarks were met with applause instead of handcuffs.”

“There certainly needs to be accountability for the conduct we saw yesterday. Otherwise, this sort of despicable behavior will become the new standard of what we allow in this chamber. And it will set the bar for acceptable conduct very low for the people of our state,” Breen added.