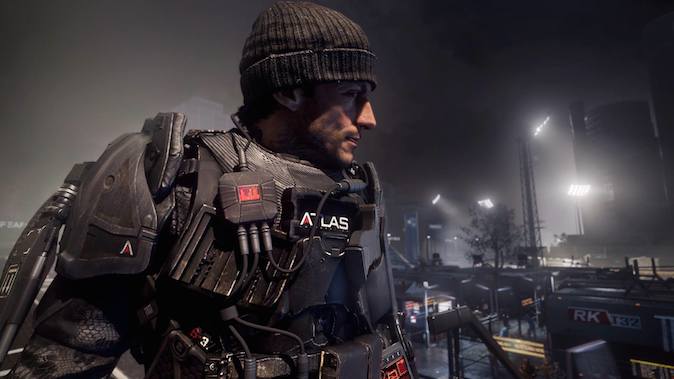 The latest installment in the Call of Duty franchise, Call of Duty: Advanced Warfare, has been confirmed by game developer Sledgehammer Games.

A reveal trailer featuring Xbox One game footage was made available on May 1.

Sledgehammer will focus on developing the Xbox One, PS4, and PC versions of the game on a new, undesignated game engine. An unnamed studio is working on the Xbox 360 and PS3 versions.

The single-player story mode is set in 2054, and opens with a 9/11-like global catastrophic event instigated by a terrorist organization called KVA, according to Sledgehammer Games co-founder Michael Condrey.

The player will assume the role of Private Mitchell, who is voiced by Troy Baker. A prominent voice actor, Baker is known as the voice of Booker DeWitt in Bioshock Infinite and the Joker in Batman: Arkham Origins.

Mitchell, the only protagonist slated for this Call of Duty (CoD), is a former Marine-turned-mercenary for Private Military Company Atlas Corporation. Atlas CEO Jonathan Irons is the father of his former squadmate Will Irons, and the elder Irons will convince Mitchell to join his company.

For those who find Jonathan Irons uncanny resemblance to Kevin Spacey’s House of Cards’ character Francis J. Underwood disturbing, it’s probably meant to be. First, Kevin Spacey voices Jonathan Irons, and judging by his speech and mannerisms in the reveal trailer, Irons seems like a potential antagonist.

One new gameplay feature is the EXO suit. The EXO suit will allow the player to climb walls, boost-dodge toward cover, make super-jumps, use optic camouflage for cloaking, and hover in mid-air.

Other cool new features include “variable grenades,” which can be switched from concussion to threat detection, energy guns that eschew traditional ammo, and a rideable vehicle called the Pitbull, which is based on a real-life Mine-Resistant Ambush Protected (MRAP) vehicle.

Some form of co-op mode will feature, but there are no details as yet.

Details for the multiplayer version have also not been announced. Activision has said that it is “absolutely committed” to supporting CoD eSports.

Pre-orders for CoD: Advance Warfare Xbox One, Xbox 360, PS4, PS3, and PC versions can be made now at Amazon and Gamestop. The game is retailing for $59.99.

Call of Duty: Advanced Warfare will be released on November 4, 2014.