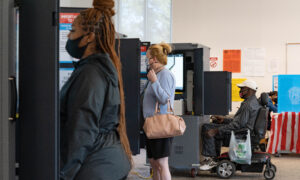 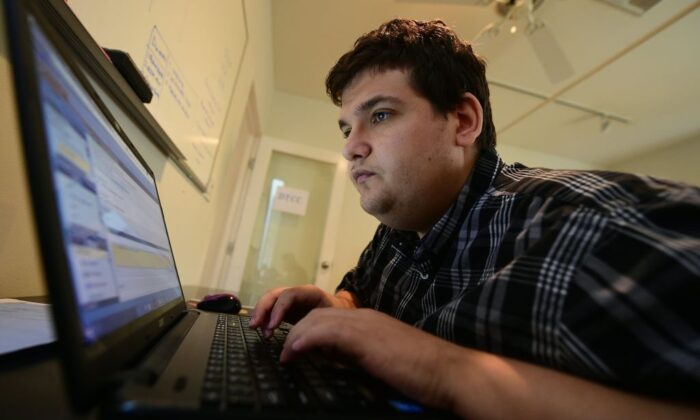 Sarah Le
reporter
Sarah Le is a reporter and editor for The Epoch Times in Southern California. She covers important general interest news events and topics in the state of California and the United States. She lives with her husband and two children in Los Angeles.
View profile
Follow
and Brad Jones

A statewide program designed to allow disabled, military, and overseas Californians to print out their ballot choices remotely or at home using a computer and printer has been available to the general public for months, yet it’s not widely understood.

In January 2020, California implemented the Remote Accessible Vote-by-Mail (RAVBM) program, which provides voters with a potentially faster and easier alternative to filling out a regular mail-in ballot with a pen.

The RAVBM program was temporarily made available to all voters last year, regardless of disability or military status, ahead of the November 2020 election, “as a result of the COVID-19 pandemic,” the office of California’s secretary of state told The Epoch Times via email.

This availability is set to expire on Jan. 1, 2022, unless a new bill moving through the legislature becomes law.

Assembly Bill 37 would make RAVBM permanently available to all California voters, requiring county elections officials “to permit any voter to cast a ballot using a certified remote accessible vote by mail system for any election.”

To vote using RAVBM, voters must make a request to their county elections office online, by phone, mail, or email, according to the secretary of state’s website. Each voter is given access to an online portal through a state-certified RAVBM system and a unique access code. The state says the system is secure and has “one of the most strenuous testing and certification programs in the country,” according to the website’s FAQs (pdf).

“When a voter logs into the system, they are temporarily disconnected from the internet as no votes can be submitted online,” the secretary of state’s office says.

The program allows the voter to print a “paper cast vote record” with a QR code. However, this vote record isn’t technically a ballot, since the printed vote record doesn’t meet official ballot paper requirements.

The voter must place their printed vote record in either a vote-by-mail ballot or their own envelope and sign the envelope, which must then be mailed or dropped off at a voting location. The information cannot be sent back electronically.

“Only after verification is the ‘paper cast vote record’ transferred to a real ballot for processing and tabulation,” the secretary of state’s office said.

This means RAVBM vote records must undergo a manual duplication process, according to Ruth Weiss of Election Integrity Project, California. Election workers must fill out a new, official ballot that is aligned with the voter’s original intent.

However, any increase in the number of ballots undergoing duplication can increase the risk of ballot alterations, Weiss said.

“This exposes ballots in greater numbers to potentially poorly supervised, unverified remaking before counting, with no real secure way to be sure the ballots did not undergo ‘change’ in the process,” Weiss told The Epoch Times.

The RAVBM voting system will be available to California voters for the gubernatorial recall election on Sept. 14.