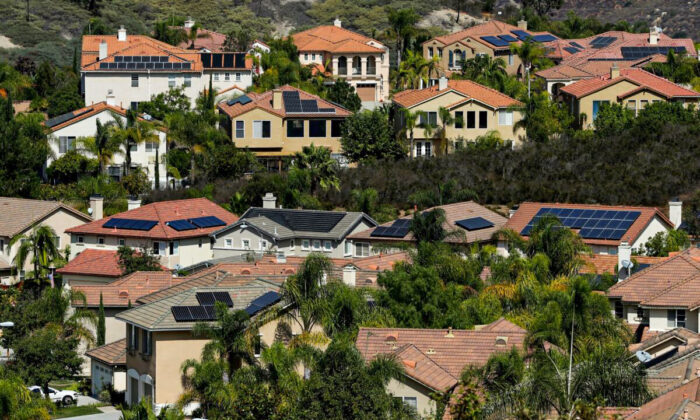 SACRAMENTO, Calif.—A controversial vote before the California Public Utilities Commission on a proposal that could dramatically change the state’s burgeoning rooftop solar industry has been indefinitely postponed, according to officials.

The commission’s proposal—as it reads now—is not to only reduce credits up to 80 percent those homeowners and businesses receive when they generate more power than they use from their solar setups, but to also charge solar users about $50 more a month for what the commission calls a “grid participation” charge.

Commission officials say the changes are needed so solar users can help fund the approximately 13 million homes in California that are not using solar and to ensure solar users are equally helping maintain the state’s power grid, which has become overloaded and failed at times, especially during hot, extreme summers.

California Gov. Gavin Newsom said during a news conference earlier this month, that “changes need to be made” to the proposal, and that he, and the commission “still have some work to do.”

The postponement comes after the commission has received backlash from industry insiders and California homeowners and businesses alike on the proposal, which was originally scheduled for a vote for Jan. 27.

Over 500 public comments, thus far, have been submitted to the commission opposing the proposal with such common themes as saying the changes disincentivize new and existing solar customers, affect the state’s future on clean energy, and only profit the pockets of utility companies.

Also earlier this month, thousands of solar employees and opponents of the proposal protested outside of the commission’s headquarters in Los Angeles and San Francisco, demanding they cancel the plan because thousands of jobs would be lost, they said, if it were to go through.

Others have said the proposal would destroy what, some say, is a growing industry by making it out of reach for most blue-collar Californians.

If approved, the changes could “effectively kill the rooftop solar industry in California,” Dave Rosenfeld, executive director of the Solar Rights Alliance based out of San Diego, told The Epoch Times. “It would make it virtually impossible for most middle and working-class people to be able to afford solar.”

Rosenfeld also said the proposal puts the state back by five years.

“Nobody’s going to go forward under this proposal,” he said, “which means the markets are going to collapse and 50,000 workers are going to lose their job.”

No official reason was given for the postponement, except that the proposal is currently undergoing further review, according to commission spokesperson Christopher Chow.

Additionally, two new commissioners were recently appointed to the panel, one of whom has yet to start.