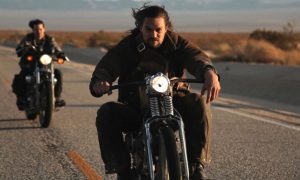 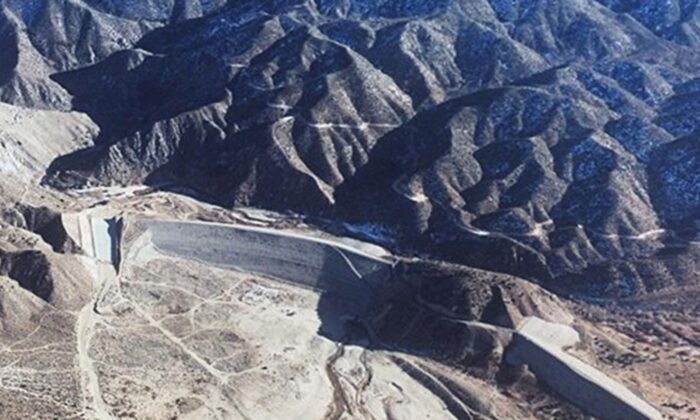 The Mojave River Dam, pictured in this undated photo, was built in 1971. Officials say it could fail under extreme weather circumstances. (US Army Corps of Engineers)
US News

The Mojave River Dam, located northeast of Los Angeles in Southern California, is at risk of failing during extreme flooding.

That’s according to the U.S. Army Corps of Engineers, which released a new report on Nov. 1 on the nearly 50-year-old dam.

In a threat assessment, the Corps said it changed the “dam’s risk characterization from low to high urgency of action.”

As a result, the failure could pose a threat to the communities of Barstow, Victorville, Hesperia, and Apple Valley. Flood waters could also reach Baker, which is about 140 miles downstream.

“The dam has never experienced spillway flow or a flood event that has loaded the dam significantly,” said Col. Aaron Barta, commander of the Corps’ Los Angeles District, in the news release. “This is a storm that is unlikely to occur, but it is nonetheless a real possibility and one we must be prepared for.”

Federal officials said that the dam was built in 1971 near the San Bernardino Mountains and was constructed to be consistent with the standards at the time.

“It continues to operate as it was designed and reduces risk for more than 16,000 people and $1.5 billion in property,” the agency said.

The dam has never been breached. However, last year, as assessment revealed that during a severe storm, the water could flow over the top of the structure before it erodes and potentially fails.

Vera told The Associated Press that the chance of such a storm hitting the dam are slim, saying it’s about 1-in-10,000.

Still, he said, the threat is there.

“All it takes is one event…one Katrina, one Hurricane Harvey,” Vera told the AP. “These storms are happening more and more, so this is our way of looking toward the future.”

The Army Corps said in the release that it is evaluating temporary risk-reduction measures associated with the risk. Some will be implemented ahead of this winter’s rainy season.

The Corps’ Los Angeles District owns and operates 17 dams across Arizona, California, and Nevada that prevents the risk of flooding to 7 million people and reduces the risk of damage to about $200 billion in property, according to Fox News.

In 2017, about 200,000 people in three counties in Northern California were forced to evacuate after spillways at the Oroville Dam fell away due to rains. The dam didn’t fail, and it was repaired in the aftermath.