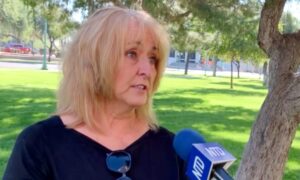 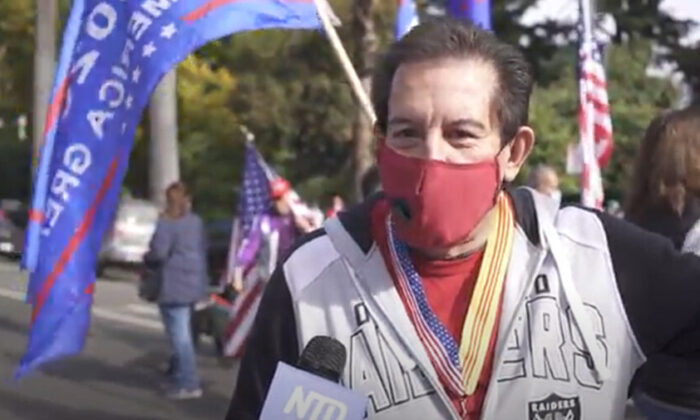 SACRAMENTO—Buck Suggs attended one of many Stop the Steal rallies across the nation on Nov. 14, 2020, in Sacramento, California, and he carried a Vietnam flag.

“Because I was born in South Vietnam during the war, my father served in the war. He’s gone now, but he always told me about our history, so I want to keep our history going,” he said.

“Our Vietnamese community, treasure it, we know what it stands for, because we lost our country to communism, so we all recognize what communism looks like, and we won’t go for that,” Suggs said. For that reason, Suggs says he supports President Donald Trump and what he stands for.

“Communism looks like voter suppression, using the media to tell lies or to manipulate you, telling you what the North Vietnamese did in history. They controlled the newspapers, the controlled all the media, they turned around and tried to get everybody to support them, when it turns out to be all lies,” Suggs said. “I see it happening here, we see it, we see it.”

It’s not just media misinformation in the United States now, Suggs also sees the violence of rioters and anarcho-communist groups like Antifa using techniques those from communist countries are familiar with.

“We have a right to express what we believe in,” Suggs said. “They want to try to assault us or attack us or be aggressive with people with free speech.”

“Whether you’re a Democrat or Republican, let’s have honest voting,” Suggs said.