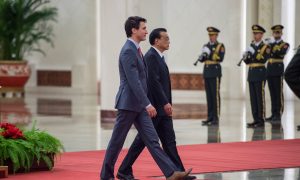 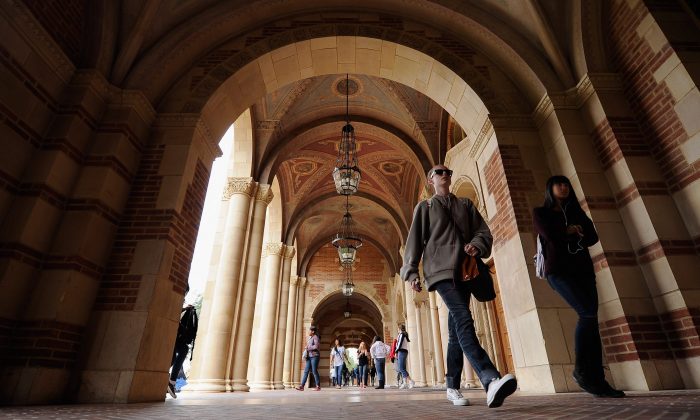 In the climate of rising diplomatic tension between China and Western countries, an alarming number of U.S. and Canadian citizens in China have encountered trouble with the communist authorities there—with some being detained and others deported.

Gary Leonard, executive director of liability and property programs for the University of California–Davis, sent via email a travel advisory containing seven points for Americans and citizens to keep in mind if they were confronted by the authorities in China. The advisory was circulated among students throughout the UC network of universities.

The email warned students traveling to China that if they were confronted by the authorities, they should avoid voluntarily giving up passports, signing documents, saying anything that could be turned into an excuse for detention, or making politically sensitive remarks.

The notice also advised those in a complicated situation to request to speak with the U.S. or relevant embassy, “and continue to ask until granted or released.” It advised students to make travel arrangements, including check-outs and departures, in advance, as well as not to use messaging apps like WeChat or WhatsApp, citing precedent in which a U.S. citizen was detained in Russia on “espionage” charges for using WhatsApp.

Diplomatic tensions between Canada and China have escalated since the high-profile arrest of Meng Wanzhou, an executive and the heiress-apparent to China’s flagship tech company Huawei. Beijing-based Western diplomats and former Canadian diplomats have described the detentions as a “tit-for-tat” reprisal by China’s communist regime.

The Canadian government has demanded the “immediate release” of some of the Canadian citizens.

Guillaume Bérubé, a spokesperson for Global Affairs Canada, said in an email after the new year that 13 Canadian citizens have been held in Chinese custody since Dec. 1, when Meng was arrested at the request of the United States while passing through the Vancouver International Airport.

In November last year, The New York Times reported that Victor and Cynthia Liu, ages 19 and 27, and their mother, Sandra Han, are believed to have been refused permission by Beijing authorities to leave China after they went to visit their sick grandfather in June.

The report said that in order to catch Liu Changming, a fugitive Chinese bank official and the children’s father, Beijing is preventing his two children, who are both U.S. citizens, from returning to America. Victor missed his sophomore year at Georgetown University in the autumn, and Cynthia couldn’t continue her job at consulting firm McKinsey & Company in New York.

The Chinese regime has expanded the scope of its hostage-taking tactics, from Chinese dissidents to overseas Chinese, and now non-ethnic Chinese presence in China.

Wang Bingzhang, a prominent Chinese democracy activist and U.S. green card holder, was abducted by Chinese agents in Vietnam and sentenced to life in prison on espionage and terrorism charges after being brought to China in 2002. Wang, who is now 71 and in deteriorating health, is detained in Shaoguan prison in the southern province of Guangdong.

His daughter Wang Ti-Anna, a Canadian citizen, has not been able to see her father since 2008 because she is unable to obtain a travel visa to enter China. Last year, Ti-Anna finally had her visa approved. But when she and her 11-month-old daughter arrived at the airport in Hangzhou, eastern China, officers immediately redirected them to a flight going to South Korea.

“They didn’t give us any reason at all. They just told us they were following orders from the minister of state security,” Wang told CBC. “This is more agonizing than not giving me the visa at all. It just feels extremely insulting and almost purposeful.”