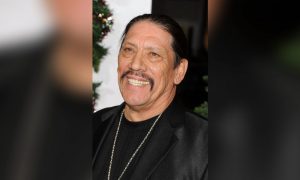 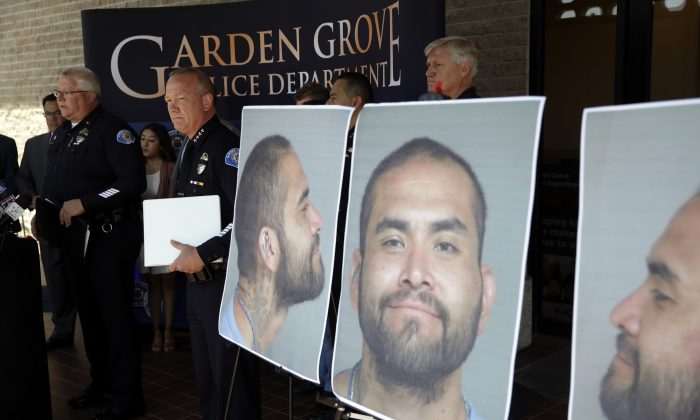 The man who police said stabbed four people to death in California on Wednesday, Aug. 7 was identified as a gang member who was released from prison early thanks to a state bill that was passed in 2011.

AB 109 mandated that for some prisoners who committed crimes on or after July 1 that year, “that a term of four days be deemed to have been served for every two days spent in actual custody,” leading to the early release of a number of criminals.

“He should have been in prison. He is a violent individual who should never have been considered for early release under AB109,” Garden Grove Police Chief Tom DaRe said at a press conference Thursday, adding that it’s getting harder to keep people safe due to the bill.

Castaneda’s mugshots were seen next to DaRe as he spoke. The suspect was smirking in them.

BREAKING: Police say OC stabbing suspect Zachary Castaneda is a documented gang member with an extensive criminal history who should never been out on the streets under California’s early release laws. Castaneda is suspected of fatally stabbing 4 people, injuring 2 others. @FOXLA pic.twitter.com/tME0iXHZ4E

Police say Castaneda was released from prison early under AB109. Chief now urging state lawmakers to re evaluate this law and he says it’s becoming increasingly difficult to keep the community safe under the legislation. @FOXLA pic.twitter.com/yVsihDylEP

Castaneda was taken into custody when he walked out of a convenience store in the neighboring city of Santa Ana, dropping a knife and a gun he had taken from a security guard he had just killed, police said. The suspect was covered in blood, DaRe said.

Castaneda was kept in restraints as detectives tried to interview him, the chief said at a press conference. “He remained violent with us through the night,” DaRe said. “He never told us why he did this.”

Castaneda has a conviction for possession of meth for sale while armed with an assault rifle, DaRe said. Investigators were still putting together his entire criminal history, he said. Officials didn’t specify what crimes sent Castaneda to prison or when he was released.

The gang he was allegedly a member of also wasn’t named.

Police said surveillance cameras caught some of the carnage. “We have video showing him attacking these people and conducting these murders,” Garden Grove Police Lt. Carl Whitney said.

Whitney said the man lived in a Garden Grove apartment building where he stabbed two men during some kind of confrontation. The men called the police.

Castaneda then allegedly robbed a bakery before returning home, where police said the two men who were robbed confronted him. Castaneda attacked them. One man died inside and the other at a hospital.

The suspect later barged into an insurance business and stole from it before taking money from a check-cashing business next door.

Afterward, the attacker drove up to a Chevron station, where he attacked a man pumping gas “for no reason,” Whitney said. The man was stabbed in the back and “his nose was nearly severed off his face,” the lieutenant said.

Detectives then tracked the suspect to the parking lot of the 7-Eleven in Santa Ana.

At a previous press conference, Whitney said that the crimes were “random acts of violence” and that the suspect had no link with the victims, including two who were injured but expected to survive.

“I’ve been a police officer for 30 years, and this is the first time I’ve ever seen a suspect kill four people and stab others,” Whitney said, according to the Los Angeles Times. “It’s pure evil.”

“It’s just pure hate that this guy did this,” he added later.