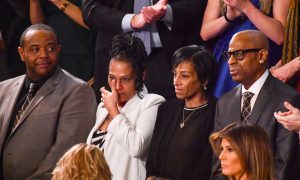 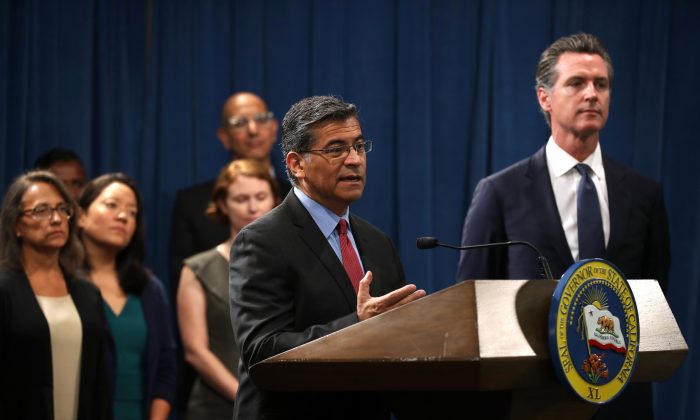 After the Trump administration unveiled its new “public charge” rule, which says green cards can be denied to applicants who rely on welfare, two counties in California—Santa Clara and San Francisco—filed suit in a U.S. district court against the administration’s plan.

The state of California, along with several other states, also filed a lawsuit challenging the rule on Aug. 16. The office of California’s State Attorney General Xavier Becerra has now sued the Trump administration more than 55 times.

Since 1891, federal law has mandated that people who try to become permanent residents or gain legal status in the United States must prove that they will not be a burden to the nation, otherwise known as a “public charge.”

The Department of Homeland Security’s new set of rules to enforce this law, slated to be enacted in October, could affect about 382,000 people applying for green cards per year. The rule provides an exemption for asylum seekers, refugees, and others admitted for humanitarian reasons.

According to Ken Cuccinelli, acting director of Citizenship and Immigration Services, “We want to see people coming to this country who are self-sufficient. That’s a core principle of the American dream. It’s deeply embedded in our history, and particularly our history related to legal immigration.”

Critics say that as a consequence of the rule, fewer immigrants will enter the United States legally, U.S. citizens could be separated from their spouses and children, and low-income immigrants could avoid asking for needed help.

“This cruel policy would force working parents and families across the nation to forego basic necessities like food, housing, and healthcare out of fear. That is simply unacceptable,” said Becerra in a statement.

In 1999, the now-defunct Immigration and Naturalization Service defined a public charge as someone who is “primarily dependent on the government for subsistence, as demonstrated by either (i) the receipt of public cash assistance for income maintenance or (ii) institutionalization for long-term care at government expense.”

Cash benefits, such as Supplemental Security Income, Temporary Assistance for Needy Families, and any state or local benefits, were included in this definition, but non-cash benefits, such as food stamps or Medicaid, were not. This rule decreased public charge denials for immigrant visa applications from 13 percent to 1 percent or less.

When the State Department began to require that consular officers consider whether receiving non-cash benefits might presage future cash benefit use last year, the initial denial rate began to increase.

Under these rules, the Department of Homeland Security defines a public charge as someone “more likely than not” to collect public benefits for more than 12 months within a 36-month period.

For people applying to enter the United States legally or who are seeking permanent status, and who plan to use Medicaid, food stamps, housing vouchers, or other forms of public assistance, their applications could be denied.

U.S. Citizenship and Immigration Services (USCIS) officials will determine whether they think someone might become dependent on the government, while family- and employer-sponsored immigrants must also receive “affidavits of support” from their sponsors in the United States, promising that the sponsor will financially support the immigrant.

The National Immigration Law Center, La Clínica de La Raza, and the National Health Law Program, along with other organizations, also filed a lawsuit against the new rule.

“This rule is a scare tactic designed to create fear and confusion in immigrant communities,” said Jane Perkins, legal director at the National Health Law Program.

Sarah Le contributed to this report.