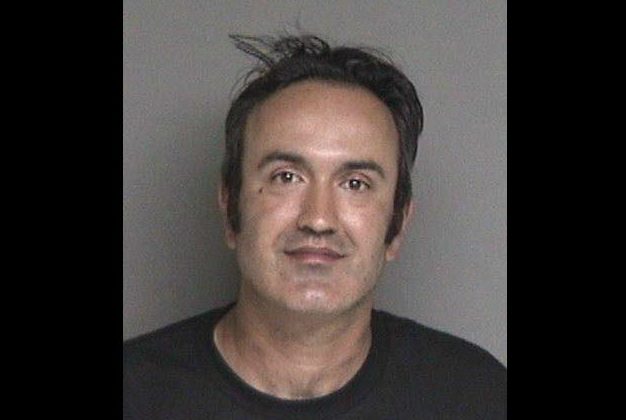 Authorities say a Republican House candidate in California narrowly escaped an attempted stabbing after he was confronted by a man brandishing a switchblade on Sept. 9.

Deputies from the Alameda County Sheriff’s Office were alerted to the incident at 3:45 p.m. at the Castro Valley Fall Festival. Congressional hopeful Rudy Peters was at his festival booth, when 35-year-old Farzad Fazeli approached him in an “aggressive manner” and “made disparaging remarks about his political party and elected officials,” the department said.

According to witnesses, Fazeli allegedly pulled out a “switchblade knife and attempted to stab the victim.” But before there was any life-threatening contact, the knife malfunctioned and a physical struggle between the two ensued.

“Deputies arrived at the booth and made contact with the victim, who is running as a political candidate for a local congressional seat,” the sheriff’s office said.

Local reports said Peters defended himself with a sign he grabbed from a nearby booth. Fazeli then fled the scene, before eventually being detained by deputies later. Deputies found a switchblade knife in his possession.

Fazeli was booked into the Santa Rita Jail on suspicion of felony assault, criminal threats, brandishing a weapon and possession of a switchblade knife. The case has been forwarded to the District Attorney as well.

The incident, at this stage, does not appear to have been a hate crime, according to a Sept. 11 statement by the sheriff’s office.

Swalwell publicly slammed the attack. In recent months, an increasing number of instances of violence and harassment against both supporters of Trump and members of his administration have been reported.

“On Sunday, my opponent @PetersCongress was attacked at his campaign booth in Castro Valley. I’m glad to hear Mr. Peters is okay,” Swalwell wrote. “But it’s NEVER okay to use violence to settle political disagreements (or any disagreement). Fortunately, @ACSOSheriffs arrested the suspect.”

Peters didn’t immediately respond to a request for comment.

In one February post, he called the president a number of slurs and said he was “too dirty to know right from wrong.” In the written rant, he called for Trump to be impeached and incarcerated.

Records indicate that Fazeli had past convictions in Alameda for burglary and battery.

Fazeli appears to be a Democratic Party supporter. In one 2013 photo, Fazeli can be seen donning a Clinton/Gore shirt, in reference to the 1996 presidential elections when Bill Clinton was campaigning with Al Gore as his vice presidential running mate.

Fazeli also posted a photo of the late Colombian drug lord and narcoterrorist Pablo Escobar in January, referring to him as “Robin Hood.”

The report marks the latest in a string of politically motivated incidents of violence directed at Republicans, who have complained at the lack of condemnation from Democratic politicians. On the contrary, they say such violence has been emboldened by inflammatory comments by prominent Democrats such as Rep. Maxine Waters (D-Calif.), who, on June 23, incited people to “create a crowd” and harass White House officials in public.

“If you see anybody from that Cabinet in a restaurant, in a department store, at a gasoline station, you get out and you create a crowd and you push back on them, and you tell them they’re not welcome anymore, anywhere,” she said at a rally in Los Angeles.

According to House Majority Whip Steve Scalise (R-La.) , Democratic politicians are to blame. Scalise made national headlines in July last year after he survived a politically motivated assassination attempt by a far-left supporter of Sen. Bernie Sanders (I-Vt.).

“There is no place for violence in American politics,” Scalise wrote on Twitter. “Democrats need to be denouncing this kind of rhetoric and behavior.”

Scalise made similar remarks at a podcast that aired on Sept. 7. Commenting on the recent incidents of violence against Republicans, he said: “some on the left are inciting this violence and, frankly, they should be called out on it.”

“You’ve got some people on the left that just want this idea of ‘resist’ and ignore the fact that [Trump] is president, they want to interrupt the ability of Congress to do its job,” he said.