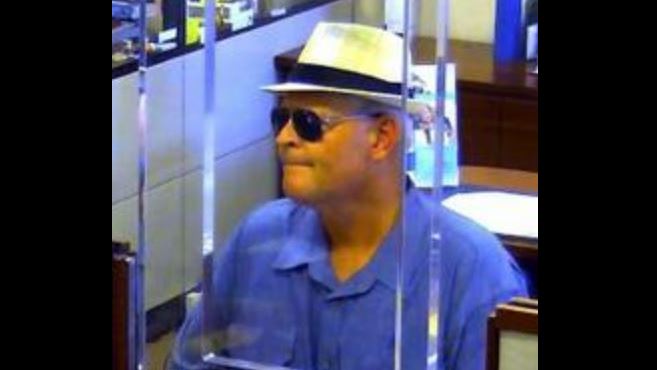 A man who once won a $19 million lottery jackpot pleaded guilty to four counts of bank robbery in California on Thursday, March 15.

However, he seems to have fallen on tough times, and admitted in a plea agreement that he committed four bank robberies in 2017.

A copy of the plea agreement obtained by The Signal indicated investigators believe Hayes stole a total of $39,424.

Hayes admitted robbing the Union Bank in Carpinteria in May, the Wells Fargo Bank on Lyons Avenue in Newhall in June, the Logix Federal Credit Union on McBean Parkway in Valencia in July and the Coast Hills Credit Union in Santa Maria in September.

Authorities had given Hayes the moniker “Seasoned Bandit” due to his gray/white hair.

After his lottery win, he developed a heroin addiction. When he was arrested, they found him living out of a garage. https://t.co/t5gcRUZcWG

Hayes would follow the same robbery plan in each robbery, slipping a note to the teller demanding cash and threatening to shoot them if they didn’t comply, reported the Los Angeles Daily News.

Hayes is believed to have committed 10 heists in total but the plea deal only included 4 of them.

As part of the agreement, Hayes agreed to forfeit a light-colored Chrysler PT Cruiser, which was used in some of the robberies.

The FBI caught Hayes with a license plate reader camera, which they had placed at the intersection of Chiquito Canyon Road and Henry Mayo Drive along the 126.

Agents ascertained that the route was the Seasoned Bandit’s most likely route between robberies, reported KHTS.

Hayes is expected back in court on June 7 for sentencing and could face up to 80 years in prison.

Hayes said after he won that he planned to buy a new car, a new house, and quit his job.

“I’m not going to blow the money,” Hayes told the Los Angeles Times. “I know I’ll change. But only for the better. . . . Mainly what I want to do is help out my family and friends in need.”

But later reports indicated that Hayes became addicted to heroin and was spending around $1,000 per week on the drugs, reported CBS.

When the FBI tracked him down in October, authorities said they found him living in an abandoned garage.