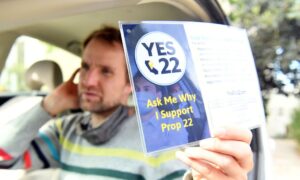 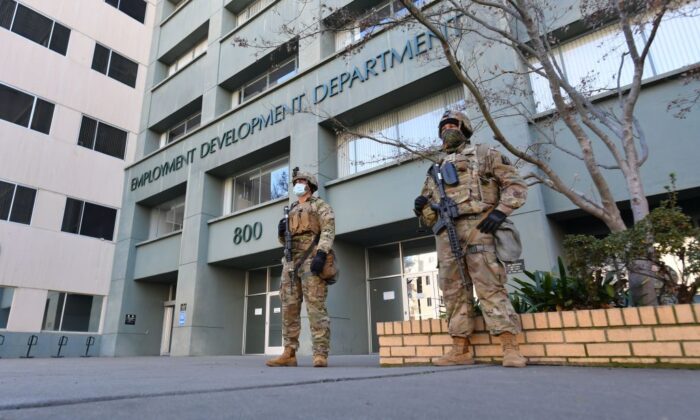 The EDD has already paid $10.4 billion in benefits to claimants whose identities haven’t been verified, according to a Jan. 28 report from the state auditor. As a result, a number of victims of identity fraud might be held responsible for paying taxes on benefits they never received.

Sen. Patricia Bates (R-Laguna Niguel) told The Epoch Times that the EDD’s “mismanagement” is “the biggest scandal that’s ever taken place in a state government” and called it “just mind-boggling.”

“This was something that has harmed so many people in so many horrible ways that yesterday isn’t too soon to get this thing fixed,” Bates said.

A representative for the EDD, which is in the process of sending out a record 7.8 million 1099-G forms that summarize taxable income issued through unemployment benefits, told The Epoch Times that efforts are being made to solve the problem.

“We have increased staffing at our designated contact center to assist people who have received a Form 1099-G reporting taxable benefits paid in 2020, and either don’t believe the amount is accurate or they suspect someone has filed a claim in their name or Social Security number,” Loree Levy, deputy director of the EDD’s public affairs branch, said in a statement.

“Without immediate action by the Governor and our federal representatives, innocent people will be left to fight the IRS over tax liabilities for benefits they never received,” according to a Feb. 2 statement.

Bates said that in her 36th District alone, which includes south Orange County and north San Diego County, there are at least 200 pending cases that her staff is working tirelessly to help resolve, some of which have remained unsettled since April 2020.

“Getting information from [the EDD] and to those individuals is a full-time job,” Bates said. “Families are going without food and housing. In some cases, they have used up all their savings. So that’s horrific.”

Bates, along with eight other state senators, sent a letter to Newsom on Feb. 1, citing the auditor’s report and requesting implementation of a mid-February deadline promised by the EDD to resolve the fraud issues. As of Feb. 4, the governor’s office hadn’t responded, according to Ronald Ongtoaboc, Bates’ communication director.

In the statement released to The Epoch Times, the EDD said it’s dedicated to helping California residents and outlined its outreach efforts.

“The EDD is committed to assisting Californians who may have been victims of identity theft as organized crime rings both domestically and internationally have assaulted unemployment benefit programs across the country,” Levy said. “As dedicated efforts continue to zero in on legitimate claimants and weed out scammers, the EDD developed further resources.”

According to Levy, any claims that are confirmed as imposter fraud will be removed from the corresponding Social Security number, and an amended 1099-G form will be issued.

As of Jan. 28, the EDD had suspended 1.4 million claims that were deemed fraudulent after an additional identity screening was applied.

Bates said she remains “very skeptical” about the efficacy of the EDD resources.

“You’ve got a system that is so beleaguered that finding the string that you pull that makes it start to work is a very daunting task,” she said.

“Unwinding that—because they don’t know the identities of the people whose personal information has been breached—is the real problem. That’s why this portal they’re setting up is so very important.”

A January report from the state auditor said that EDD’s “poor planning and ineffective management left it unprepared to assist Californians unemployed by COVID-19 shutdowns.” It cited a slew of systematic problems, including weakness in EDD claims processing, call center deficiencies, and failing to properly prepare for an economic crisis despite several warnings.

In Bates’ view, a two-fold challenge remains to remedy the situation: The newly hired staff has to be trained quickly, on outdated systems in need of upgrading.

“When you’re running on technology that is outdated, and you’re trying to update it and solve problems at the same time, I think there’s gonna have to be a lot of person-to-person [contact]. That’s how we’re resolving some of these issues,” Bates said.

She said personal interactions between her staff and needy constituents have yielded some positive resolutions over the last several months.

“We get many people calling and thanking us from their heart because we were the only ones that could solve the issue, and that’s because we did person-to-person on the phone,” Bates said.