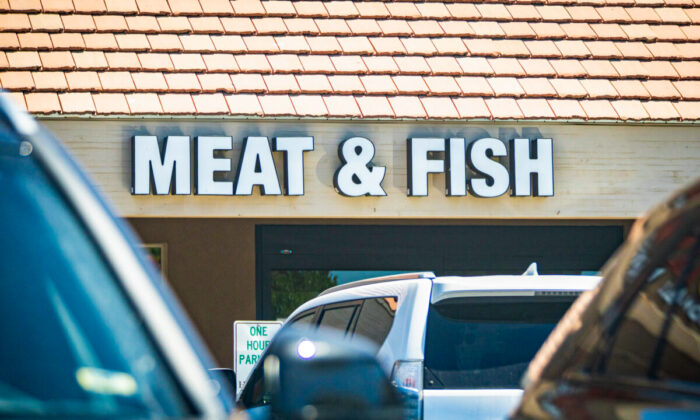 SACRAMENTO—Factory farms and slaughterhouses that expand existing operations or build new facilities could face fines up to $10,000 per day under new legislation that could be heard in committee on March 21.

“These operations have a notorious track record of poor working conditions where health and safety are sacrificed for the maximum profit. Although we can’t and shouldn’t replace it overnight, we can cease its expansion to give room for more worker and consumer-friendly operations to develop,” Nazarian said in a statement.

Cassie King, communications director of DxE, said instead of calling for welfare reform to the industry, the group believes “bold and decisive legislation would stop the industry in its tracks and reverse it to create a plant based sustainable and humane food system in California that could lead the rest of the world.”

Since 2008, Californians have voted in favor of more animal rights within the industry.

Proposition 2, the Farm Animal Confinement Initiative, which “prohibits confinement for pregnant pigs, calves raised for veal, and egg-laying hens in a manner that does not all them to turn around freely, lie down, stand up, and fully extend their limbs,” passed with 63 percent of the vote.

And in 2018, Proposition 12 passed with 62 percent of the vote, which “requires a minimum space requirement based on square feet for calves raised for veal, breeding pigs, and egg-laying hens.”

“We know that this is quite bold,” King told The Epoch Times. “It’s some of the strongest animal rights and environmental justice legislation we think that has been introduced in the country. But we’re hopeful that in a place like California with a history of calling for the protection of animals in our environment, that people will get behind it and that we’ll see a lot of public support.”

Michael Formica, general counsel for the National Pork Producers Council, a trade association representing U.S. pork producers established in 1970, said if a moratorium is placed on factory farms and slaughterhouses in California, smaller meat processors throughout the state would see a significant impact.

“If they can’t expand, then they’re out of business, and you’ve lost the ability of small processors to have any chance of competing,” Formica told The Epoch Times.

Formica also said California consumes “tremendous” amounts of meat proteins, especially the Latin and Asian populations, who make up about 55 percent of the state’s population.

According to the United States Department of Agriculture, California has three approved slaughterhouses.

In 2020, California’s Department of Food and Agriculture reported farms and ranches received $49 billion in cash receipts for their output, with dairy, cattle, and calves making up 20 percent of the industry.