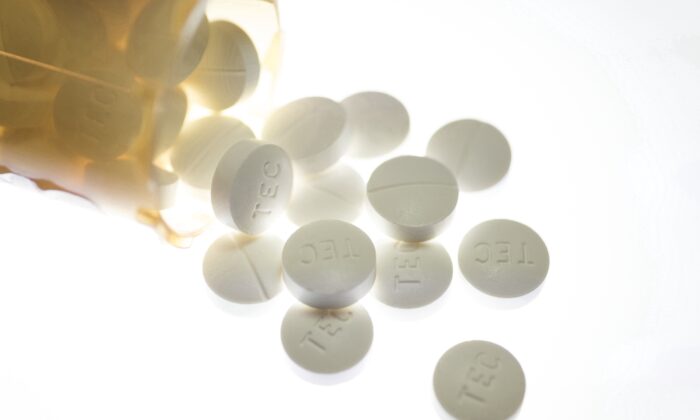 A California judge on Nov. 1 ruled that four drug manufacturers can’t be held liable for fueling the widespread opioid epidemic in the state, dealing a significant blow to the $50 billion case.

Attorneys representing three counties in California—Orange, Santa Clara, and Los Angeles, plus the city of Oakland—filed the lawsuit in 2014.

They argued that the drug companies Endo International plc., Johnson & Johnson, Teva Pharmaceutical Industries Ltd., and AbbVie Inc.’s Allergan unit, “engaged in an aggressive false and/or misleading marketing scheme designed to increase, and which succeeded in increasing, the writing of prescriptions for defendants’ opioid medications, and that the increased prescriptions have caused or contributed to this opioid crisis being experienced in California.”

The companies have denied any wrongdoing.

In the 41-page ruling (pdf), issued by Superior Court Judge Peter Wilson in Orange County on Nov. 1, Wilson said that “the Court finds that plaintiffs have failed to prove an actionable public nuisance for which defendants, or any of them, are legally liable.”

“This court is aware of the toll being taken on society by what has been variously referred to as the ‘opioid crisis,’ or the ‘opioid epidemic,” the tentative decision reads.

“Drug abuse, including opioid abuse, affects not only the individuals directly involved but their family and friends, doctors and other medical care providers, emergency rooms, law enforcement, and indeed all those impacted at each step of the drug-abuse cycle. Opioid-related hospitalization rates and opioid-related deaths starkly demonstrate the enormity of the ongoing problem.

“Defendants do not dispute that there is an opioid crisis. What defendants dispute is whether plaintiffs have proven that the opioid crisis constitutes an actionable public nuisance for which defendants, or any of them, are legally liable.”

The ruling noted that “a person can get addicted to opioids even if the person takes them as prescribed by their doctor” although it said that there “is a direct correlation between an increase in opioid prescriptions and the frequency of misuse, abuse, overdose, and drug-related fatalities.”

Plaintiffs were seeking tens of billions of dollars in compensation.

The California Legislature passed the Business and Professions Code, section 2241.5 in 1990, which allows a physician or surgeon to prescribe, dispense, or administer dangerous drugs or prescription controlled substances for the treatment of pain or a condition causing pain, including, but not limited to, intractable pain.

Years later in 1997, it passed the Pain Patient’s Bill of Rights, ensuring that patients would have access to opioid medications where it was deemed medically appropriate.

However, over the past two decades, the U.S. opioid epidemic has claimed the lives of nearly 500,000 Americans.

According to separate data from the Centers for Disease Control and Prevention (CDC), nearly 100,000 Americans have died from drug overdoses in the last year.

Meanwhile, Johnson & Johnson has agreed to take part in a landmark $26 billion settlement in New York that includes drug wholesalers AmerisourceBergen, Cardinal Health, and McKesson over their alleged role in the nationwide opioid epidemic.