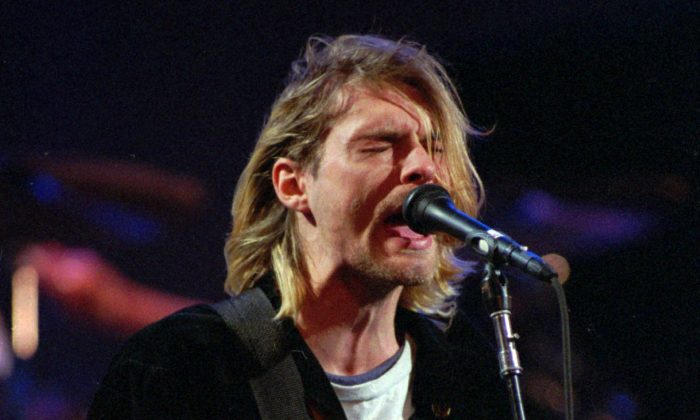 A California judge has dismissed a lawsuit filed against former band members of Nirvana by the 30-year-old man who appeared as a baby on their iconic “Nevermind” album cover.

Spencer Elden sued former members of the band in August 2021 for child exploitation and pornography, accusing them of having “intentionally commercially marketed Spencer’s child pornography and leveraged the shocking nature of his image to promote themselves and their music at his expense.”

Elden was just 4 months old when he was photographed for the cover, naked and underwater with a dollar on a fishhook in front of him.

Lawyers for Elden claimed he had suffered “and will continue to suffer lifelong damages” due to the album cover and were seeking $150,000 in damages.

But Federal Judge Fernando M. Olguin, who was presiding over the case at the U.S. District Court in Central California, threw the suit out on Monday after Elden missed the Dec. 30 deadline to respond to the defendants’ motion to dismiss, Variety reported.

Nirvana’s attorneys filed a 29-page motion to dismiss the lawsuit on Dec. 22, arguing that the lawsuit was filed well past the 10-year statute of limitations of one of the laws used as a cause of action, regarding federal child pornography. The second law used as a cause of action in the suit wasn’t enacted until 2003, attorneys said while noting that Elden’s claim that the photograph amounted to child pornography was “on its face, not serious.”

“Elden has spent three decades profiting from his celebrity as the self-anointed ‘Nirvana Baby,'” the motion stated. “He has reenacted the photograph in exchange for a fee, many times; he has had the album title ‘Nevermind’ tattooed across his chest; he has appeared on a talk show wearing a self-parodying, nude-colored onesie; he has autographed copies of the album cover for sale on eBay, and he has used the connection to try to pick up women.”

Elden can still file an opposition by Jan. 13, judge Olguin said, although if he misses that deadline, the suit will be dismissed “without prejudice.”

Spencer Elden’s lawyer told The Epoch Times in a statement: “In accordance with the court’s order, we will be filing a Second Amended Complaint very soon. We are confident that Spencer will be allowed to move forward with his case”

Elden told the New York Post in 2016 that he had mixed feelings over the world-famous album cover.

“The anniversary means something to me. It’s strange that I did this for five minutes when I was 4 months old and it became this really iconic image,” Elden said, adding, “It’s cool but weird to be part of something so important that I don’t even remember.”