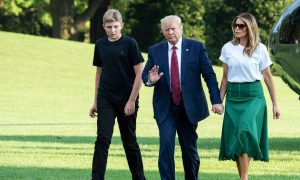 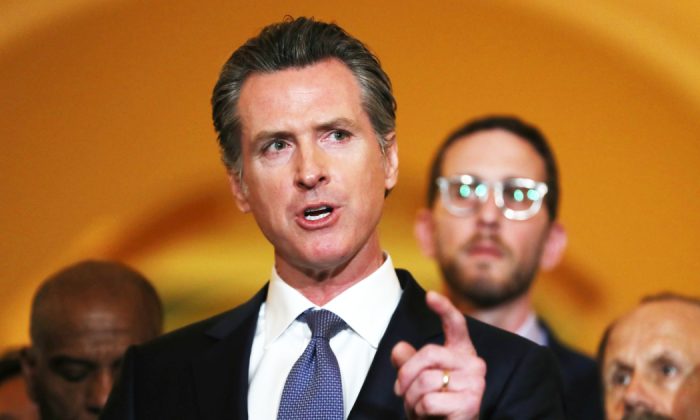 California Gov. Gavin Newsom signed an executive order on Sept. 16 aimed to combat the use of e-cigarettes among the state’s youth, as nearly 400 people have been stricken with a lung illness potentially related to vaping.

The order directs the Department of Public Health (CDPH) to launch a $20 million statewide digital and social media public awareness campaign with the goals of educating youth and parents about the health risk of vaping nicotine and cannabis products, according to Newsom’s office.

The announcement comes just a day after New York Gov. Andrew Cuomo declared a similar emergency executive action that would ban the sale of flavored e-cigarettes in New York state.

Newsom’s office said the CDPH will also develop recommendations aimed to reduce smoking among youth and to create “warning signs with health risks where vaping products are sold and on product advertisements.”

The order will also increase enforcement around e-cigarettes with the Department of Tax and Fee Administration tasked with developing recommendations to remove illegal or counterfeit vaping products from stores, among other plans.

Six people have died across the country in relation to the potentially vaping-related lung illnesses, according to the U.S. Centers for Disease Control and Prevention. Investigators are still trying to understand what caused the illnesses.

Meanwhile, health officials have warned people against buying vaping products on the street or using marijuana-derived oil. They have said people should avoid inhaling vitamin E acetate, an ingredient found in some vaping products.

In a statement, Newsom described youth vaping as a “public health crisis” and an “epidemic.” He said the nation needs to take “immediate action” in response.

“As a parent, I understand the anxiety caused by the deceptive marketing tactics and flavored options designed to target our kids,” Newsom said.

“With mysterious lung illnesses and deaths on the rise, we have to educate our kids and do everything we can to tackle this crisis.

“There is a broad and bipartisan coalition of legislators seeking to protect our youth, and we are committed to working with the Legislature and stakeholders to build on these executive actions and put forward a strong tobacco reform package in 2020.”

Newsom said he signed SB 39 by Sen. Jerry Hill (D-San Mateo) on Sept. 16, which will impose “stricter age-verification requirements” for products containing tobacco that are sold online or by mail.

The actions by the states of New York and California follow an announcement from President Donald Trump on Sept. 11 saying he authorized the Food and Drug Administration to finalize rules banning the sale of all flavored e-cigarettes. According to the White House, about 8 million adults use e-cigarettes, but so do 5 million U.S. children.

Trump made the announcement following new data from the National Youth Tobacco Survey that hasn’t yet been publicly released. Health and Human Services Secretary Alex Azar briefed Trump and First Lady Melania Trump on the new report on Sept. 11, showing a surge in adolescent use of e-cigarettes. The report also confirmed that children were especially drawn to flavored e-cigarette products.

The president’s ban will cover all non-tobacco-flavored e-cigarettes, which include bubblegum, fruit, alcohol, mint, and menthol-flavored products. The order aims to protect the nation’s children and ensure that e-cigarettes return to the function they were originally intended for—to aid adults in overcoming nicotine addiction from tobacco products, according to The White House.