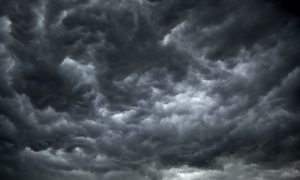 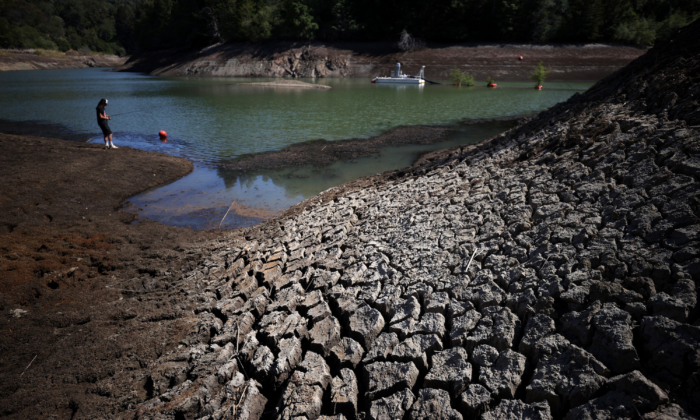 Dry cracked earth along the banks of Phoenix Lake in Ross, Calif., on April 21, 2021. (Justin Sullivan/Getty Images)
US News

California Gov. Gavin Newsom declared a state of emergency in Mendocino and Sonoma counties on April 21 because of drought conditions.

The declaration marks the second year of drought conditions in the Golden State. Newsom’s emergency order directs state agencies to inform Californians about the conditions and encourage water conservation.

Newsom used Lake Mendocino as a backdrop for the announcement to illustrate the severity of the drought.

“Where I’m standing I should be 40 ft under the water of Lake Mendocino. Instead—I’m on dry, cracked earth,” the governor, a Democrat, said on Twitter. “Today I declared a drought conditions state of emergency in Mendocino & Sonoma to immediately increase drought resilience.”

Newsom’s order states that much of the Western U.S. is dealing with drought conditions and that there is “drought or near-drought throughout many portions of the state.” He told the press the drought order could and likely would be expanded statewide.

“Oftentimes, we overstate the word historic, but this is indeed an historic moment,” Newsom said at the press conference, according to KCRA. He noted that Lake Mendocino was at 43 percent capacity on April 21, and nearby Lake Sonoma was at 62 percent capacity.

Drought conditions persist throughout much of the western U.S., engulfing most of California, all of Nevada, Utah, Arizona, and New Mexico, as well as vast swaths of Texas, Montana, Washington, Idaho, Montana, Wyoming, among others, according to the seasonal drought outlook by the National Oceanic and Atmospheric Administration.

California historically has experienced warmer and drier climates when La Niña conditions dominate in the Pacific Ocean. A La Niña has been persistent since October 2020, and while contributing to the drought in California, has resulted in widespread flooding and above-average rainfall on the other side of the Pacific Ocean, in Indonesia, and along Australia’s east coast.

The U.S. Climate Prediction Center said on April 8 that weakening La Niña conditions were now being observed across the Pacific, with water temperatures likely to return to neutral conditions in the next month or few months. The center predicted an 80 percent chance of “ENSO-neutral during May-July 2021.”

The governor made the announcement the day before a global climate summit with world leaders convened by President Joe Biden. Ahead of the summit, the National Climate Task Force, led by Biden’s national climate adviser Gina McCarthy, called for the formation of an interagency working group “to address the needs of drought-impacted communities.”