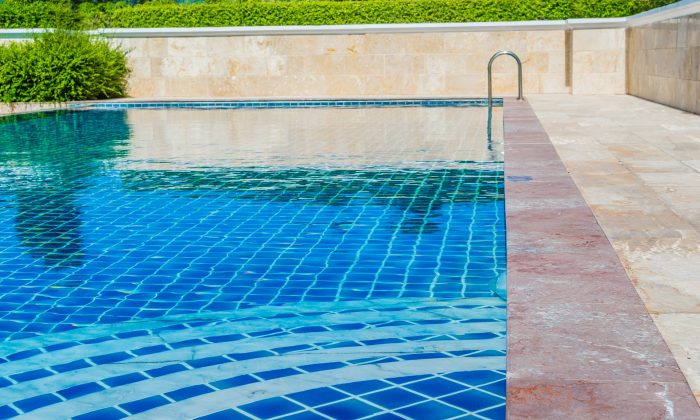 A 9-year-old California girl died at a residential swimming pool in a Sacramento-area swimming pool after she was apparently electrocuted, police said.

Officers with the Citrus Heights Police Department were sent to a home on Rusch Drive on July 14 “regarding a 9-year-old girl who had apparently been electrocuted and subsequently drowned as a result,” said spokesman Kris Frey, reported the Sacramento Bee.

Fire rescue officials responded to the scene and took the girl to a local hospital, where she died, the paper reported.

“It appears there was a light that was being repaired” that electrocuted the child, who was identified as McKenzie Kinley, when she touched it.

It is unclear if the light was inside or outside the pool, Frey continued.

In a video, the parents of McKenzie, Lisa and Cliff, said in a KOVR report that the girl loved swimming.

Parents Warn Of Danger After Their Daughter Is Electrocuted In Family Pool https://t.co/K6GyeJ4qYj pic.twitter.com/IEQF9tLztQ

Cliff was out for an errand before he got a phone call from authorities.

“They’re doing chest compressions right now, and we don’t know what happened,” he said about one minute and 20 seconds into the clip. It was “the most devastating phone call I’ve ever received,” he said.

“She grabbed the pool light, and it electrocuted her,” he said, adding that he’s happy that the four other children in the pool at the time were not harmed.

They also issued a warning about light fixtures inside pools.

“If nothing comes from losing my daughter, at least this could save others,” said her mother.

“I just fell to my knees,” said family friend Janie Perduta, reported local station KCRA. “It was just as bad if would (she) have been my own granddaughter.”

“She loved everybody to watch her,” added family friend Serena Krueger. “She would always put on a show for you.”

Frey said that an investigation into McKenzie’s death is underway. Other details about the case are not clear.

The CDC says that “everyone should know the basics of swimming (floating, moving through the water) and cardiopulmonary resuscitation (CPR).”

“This can help keep children away from the area when they aren’t supposed to be swimming. Pool fences should completely separate the house and play area from the pool,” it says.

-Never leave a child unattended in or near water.
-Teach children how to swim.
-Teach children to stay away from drains.
-Ensure all pools and spas – both in your backyard and any public pool you may visit – have compliant drain covers.
-Install proper barriers, covers, and alarms on and around your pool and spa.
-Know how to perform CPR on children and adults.