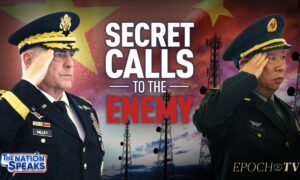 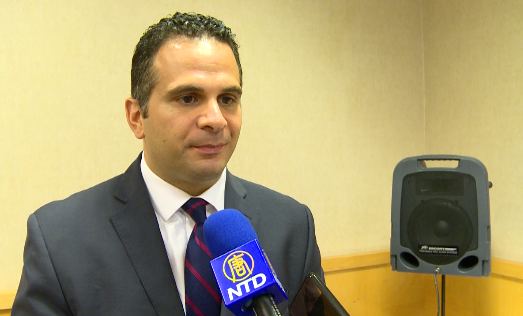 California is known for its sunshine, nice weather, and high taxes, among many other things.

State controller candidate Konstantinos Roditis wants to save Californians a lot on taxes, by defunding the High Speed Rail system, repealing the gas tax increase, cutting down excessive regulatory expenses, and stopping the service and labor tax that might take place in the near future.

In addition, the ever-increasing Californian house price and rent chases many people away and Roditis wants to change that.

“A new home built costs 40% more because of government regulations. It goes to 45 different regulatory agencies so I want to cut those,” he said during a recent interview in City of Industry, about 30 minutes drive west of Los Angeles.

Roditis’ name will show up on the November ballot next to his opponent Betty Yee, who currently serves as State Controller. Roditis says Yee plans to tax small businesses for their labor and services, including health care and child care providers.

“When you go to your accountant, or lawyer, and small businesses when they provide services, they want to tax that. So we are looking at least $120 billion of new taxes a year,” he said.

He plans to create a smaller government with less taxes which is not where the California government looks to be heading now.

Among one of the worst offenders in unnecessary spending, he said, is the High Speed Rail system, which he claims is actually breaking the law.

“The High Speed Rail was supposed to be paid one-third by the state, one-third by the private sector, one-third from the federal government; and right now there is no federal money … but they continue to fund this thing. It was supposed to cost $35 billion. It’s going to cost $98.1 billion, and I think that’s still a low number. So on day one (as the State Controller) I am going to cut funding on that and save us $100 billion.”

He thinks that the state government as it stands is not being responsible to the people because of special interest groups.

Comparatively, he states on his campaign website, “I have not and will not take union, corporate, or special interest money. This campaign is 100% grassroots funded by hardworking taxpayers like you.”

With his businessman experience and serving as board of directors for some non-profit organizations, Roditis thinks California needs to change the way it functions in many aspects.

“We can do government better and cheaper. We can actually create more revenue by opening up the engine of economy so that people can get back to work.”

For instance, many California residents know how bad a lot of road conditions are, but the added tax always seem to be insufficient to fix this problem. Roditis said he is going to be looking at CalTran, since it only spends about 20% of the collected money on fixing the roads. For the same kind of road-repair work, it costs Californians four times as much compared with Texas.

Roditis wants to change these policies and find new ways of doing things. He also stated that hiring more employees won’t be necessary; on the contrary, he prefers let the local agencies handle their own taxes to satisfy their own needs. He called this Trickle-up-Taxation, which is going back to how California government used to do things before The Great Depression.

He used Los Angeles as an example: “Los Angeles, just like every other county, has its unique issues and problems. Wouldn’t it make more sense to allow Los Angeles to have more flexibility to meet the demands of their residents? Shouldn’t they keep the bulk of the money they pay in taxes so they can use it to fix their roads, parks, address the homeless issues, reinvest in schools and community center, and build more affordable housing?

“From my business experience, to my experience as a city commissioner in Anaheim, and in the world of charity, I want to bring my passions to making a better community for all people,” he concluded.