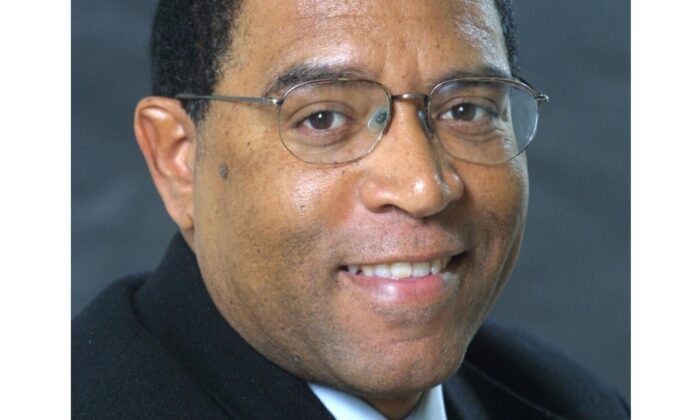 Officials in California commemorated journalist Chauncey Bailey, who was fatally shot in 2007, by naming a portion of a street in downtown Oakland in his honor.

During a ceremony on March 5, a plaque and street signs were unveiled to officially name 14th Street from Broadway Street to Lakeside Drive as “Chauncey Bailey Way.” This is the stretch of road that the journalist often walked to work on and was also the location of his tragic shooting.

On the morning of Aug. 2, 2007, Bailey was walking down his usual route on 14th Street to the Oakland Post, where he worked as the editor. At approximately 7:30 a.m., a man dressed in black and wearing a ski mask ran up to Bailey, shot him twice with a shotgun, and fled the scene, witnesses said.

When police arrived, Bailey was pronounced dead at the scene. His body was covered and awaited the arrival of the Alameda County Coroner’s office, according to Retired Oakland Homicide Commander Ersie Joyner. Joyner was on the scene in 2007.

At the time of his murder, Bailey was working on an investigative story about an alleged crime syndicate involving a local bakery chain called “Your Black Muslim Bakery.” In 2009, a grand jury found the former leader of the bakery chain, Yusif Bey IV, guilty of ordering the assassination of Bailey and two other men.

Bey is currently serving three life sentences in prison without the chance of parole.

Bailey was born and raised in Oakland. He studied journalism at Merritt College and San Jose State University.

His career in journalism spanned 37 years, during which he spent his longest periods writing for Detroit News and the Oakland Tribune. He started working for the Oakland Post in 2005 and became editor of the paper in June 2007, about two months before his assassination.