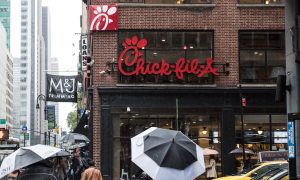 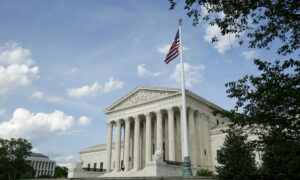 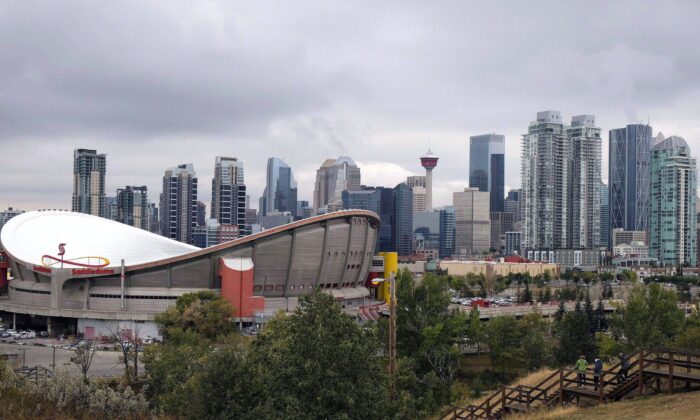 The Calgary skyline in a file photo. A new city bylaw banning so-called conversion therapy is too broad and undermines constitutional rights, says a lawyer with the Justice Centre for Constitutional Freedoms. (The Canadian Press/Jeff McIntosh)
Canada

Constitutional advocates and clergy are expressing concern over a new Calgary bylaw banning so-called conversion therapy. The City of Calgary passed the bylaw on May 25 by a nearly unanimous vote.

The bylaw defines conversion therapy as “a practice, treatment, or service designed to change, repress, or discourage a person’s sexual orientation, gender identity, or gender expression, or to repress or reduce non-heterosexual attraction or sexual behaviour.”

Those found guilty of such practices, or allowing such practices on their property, can be fined $10,000, or jailed for a year if the fine is not paid.

Marty Moore, a lawyer with the Justice Centre for Constitutional Freedoms, argues that the bylaw is too broad.

“This bylaw is not targeted at abusive or coercive practices but rather targets even people’s voluntary choices about [their own] sexuality and gender. And to evidence that, in fact city council voted down an amendment that would permit adults to voluntarily choose their own counselling and supports in regards to their own sexuality and gender,” Moore told The Epoch Times.

That amendment was introduced by Joe Magliocca, the only councillor to vote against the bylaw.

The bylaw excludes services related to “gender transition,” which means non-affirming therapies could be subject to penalties.

“If you’re promoting a child to remain in a natal gender identity, that is not expressly exempted, [nor is] the concept of de-transition,” Moore says. “There’s a great concern there could be a massive chilling effect on counsellors willing to provide that service.”

Unlike a similar bylaw passed in Edmonton, Calgary’s bylaw explicitly allows services that facilitate “a person’s non-judgmental exploration and acceptance of their identity or development.”

The phrase is hard to interpret, according to Moore.

Moore says that laws against abuse are subject to Criminal Code provisions as determined by Parliament, not municipalities. Besides this, he adds, Calgary’s bylaw undermines constitutional rights.

“When a city council decides that it’s not even going to allow individuals to choose the kinds of counselling and supports that they want concerning sexuality and gender … that’s a fundamental violation of individual liberty that is protected under Section 7 of the Charter.”

Calgary resident Graeme Lauber is concerned the bylaw may do more to restrict choice than prevent abuse. Lauber has had feelings of same-sex attraction since adolescence, something that created an internal conflict a few years into his heterosexual marriage. He sought help from a Christian organization called Journey Canada, which he now does communications for.

“That was wonderful, loving, caring support that I appreciated that helped me to reconcile my faith and my sexuality in a way that worked for me,” he says.

“That means that I don’t engage in homosexual behaviour. I’m married to a woman. I stayed faithful to that relationship. But I need help for that. So we’re worried that the bylaw would make that help very difficult to find if not actually illegal.”

Lauber says the proposed bylaw “felt like a bait and switch” since it claimed to stop “the use of abusive practices to change sexual orientation. But then when you sit down and read the bylaw, it’s much more extensive than that.”

During proceedings, Councillor Gian-Carlo Carra said, “If counselling work undertaken by a church was deemed to be conversion therapy, they would be in violation of this bylaw.”

Brian Lavender, lead pastor of GracePoint Fellowship in Calgary, told the Epoch Times that the bylaw as worded goes beyond the “very abusive, coercive, very shaming” therapies that he and other pastors actually oppose.

“We won’t be allowed to teach them what the Bible says that, yes, marriage is reserved between a man and a woman, and so forth, that homosexuality is condemned as a sin in the Bible.”

The bylaw also prohibits advertising for conversion therapy. Carra said that someone saying “‘You should come to me for counselling’ represents an advertisement under the statute.”

Lavender says during 25 years of ministry, only “eight to ten” people have approached him for counsel because they felt homosexual attractions, and the bylaw won’t change how he responds in the future.

“I believe people should have the right to choose,” he says.

“I don’t think we should be coercive trying to force people to change or anything like that, but when people actually come to the church saying, ‘Look, this is something I struggle with, but I want to follow the biblical guidelines for this. Can you help me? Can I come for counselling from you?’ There is no way we’re going to say no.”