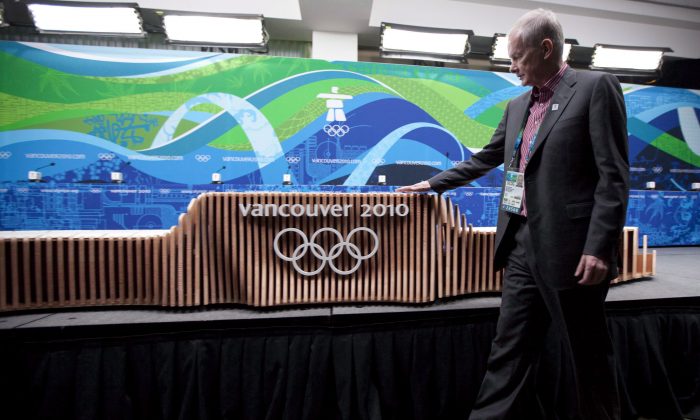 Calgary Can Feel More Confident Than Vancouver Did for Olympic Vote: Furlong

CALGARY—The leap of faith Calgarians are asked to make about the 2026 Winter Games isn’t as big as the one Vancouverites navigated for 2010, says John Furlong.

Furlong, who co-led the 2010 bid and organizing committee, says not only does Calgary own previous experience hosting a Winter Olympics that Vancouver didn’t have, he envies the $1.1 billion in contingency funds in Calgary’s draft host plan.

“If you’d handed me that budget, I would have slipped out the back door and said ’thank you very much. I’m on my way,’” Furlong told The Canadian Press on Nov. 2.

“I have never seen a budget that has this much contingency in it. I think that’s a direct learning from Vancouver.”

The B.C. government was the guarantor against a financial deficit from the 2010 Games held in both in Vancouver and Whistler.

The global financial crisis after Vancouver won the bid had VANOC, the organizing committee, scrambling to stay out of a debt position, Furlong said.

The 2010 Games were said to have broken even. While the cost of hosting those games was roughly $4 billion, the B.C.’s government’s spending on a rail line to the airport and a convention centre completed in time for the games brought the total to $7.7 billion.

No order of government—federal, provincial or municipal—has provided a financial guarantee yet against deficits for hosting the 2026 Games, which has been estimated to cost $5.1 billion.

But the organization No Calgary Olympics is not as confident in the Calgary bid corporation’s contingency figure.

“Frankly with the way the numbers have been moving around, and we’re seven years out from 2026, I have no assurance we have solid numbers and solid contingency to protect Calgarians,” Erin Waite said.

“I don’t know if 1.1 billion is enough and I would say they don’t know either.”

In Vancouver’s plebiscite, the “yes” vote prevailed with 64 percent in favour to 36 percent against. About 46 percent of the city’s eligible voters cast their ballot.

The Alberta government made a Calgary plebiscite a condition of its bid funding and is providing $2 million to hold the vote.

Mail-in ballots have gone out. Advance voting is on Nov. 6 and Nov. 7.

The decision to greenlight a 2026 bid is ultimately in the hands of city council, which almost cancelled the plebiscite, which would have essentially killed a bid, in a close vote earlier this week.

While the result of Calgary’s plebiscite is non-binding, it will influence the council’s decision at the next off-ramp.

Furlong was initially dead set against a plebiscite.

He and the late Jack Poole spent months constructing a bid when a mayoral candidate made a referendum on the 2010 Games an election promise.

“We went from being not in favour of the plebiscite to just simply taking the position in actual fact it might give us an advantage,” Furlong recalled.

“It was the biggest turnout we’d ever had for a vote that was a non-election vote, as I understand it.

“Either way, it’s important to be able to say you do have the voice of the people attached to this now.”

The International Olympic Committee invited Calgary, Stockholm and a joint Italian bid from Milan and Cortina to be candidates for 2026. Bids will be accepted in January and the election of the host city is in June.

Calgary’s 1988 Olympic venues still used for domestic and international training and competitions are the foundation of a potential second bid.

Calgary 2026 estimates $502 million is required to get those facilities—now over 30 years old—Olympic−ready again.

The only new sport venues proposed are a multi-purpose fieldhouse and a 5,000−seat arena. A new NHL-sized arena and stadium are not in the host draft plan.

Calgarians can draw from the city’s ’88 experience, as well as more recent lessons learned by Vancouver when they head to the polls, Furlong said.

“I don’t think it’s as big a leap of faith because they have already been down this road,” Furlong said.

“If you deliver this and win these games, you will have put in place and sustained probably the most significant Olympic legacy in global history for any country.”